Author Philip Mantle, Britain's most renowned UFO investigator, was among the first to see the bogus video which emerged in the mid 90s and went on to fool millions around the world. 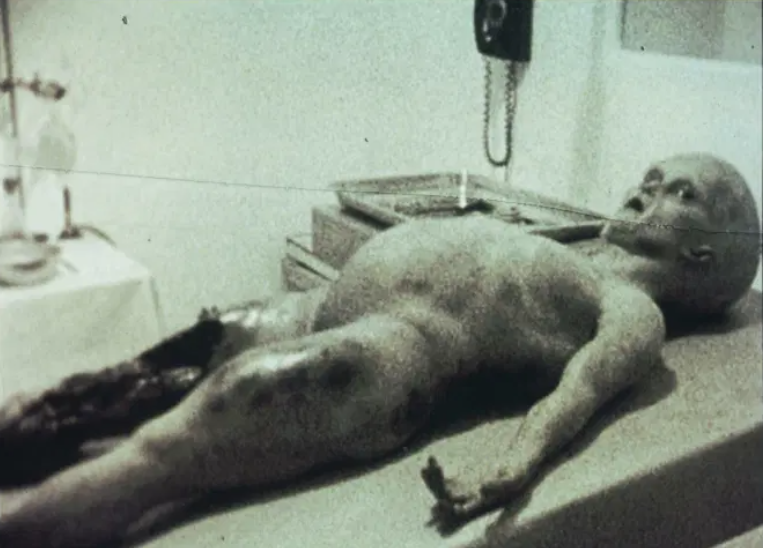 11A still from the infamous video which claimed to show army medics dissecting an alienCredit: Blaze 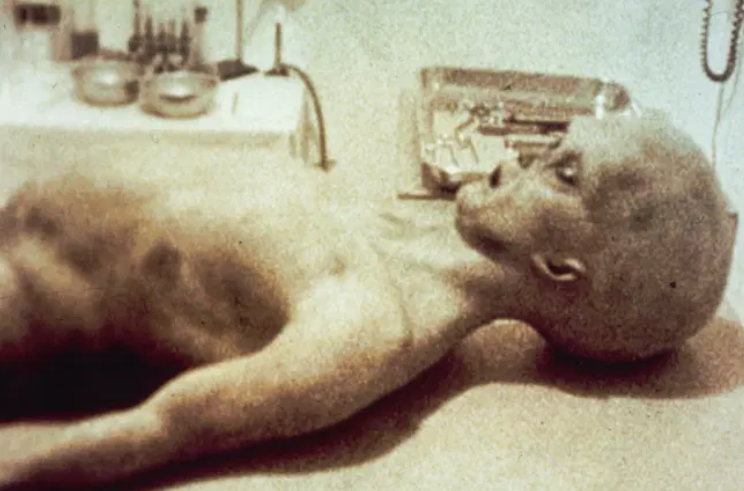 He is now fronting a new TV expose called Alien Autopsy:The Search for Answers – airing on Blaze tonight – which sets out to separate the facts from fiction.

In it he looks into a bombshell email chain which reveals one CIA expert was duped by the 17-minute hoax video and also how US spooks apparently studied other alien autopsy clips years before the fake one emerged.

There are even claims one intelligence agency expert – Dr Christopher Green – was shown dissection footage at an official briefing in the Pentagon at the beginning of the 1980s.

The now infamous Roswell clip was first unveiled by Brit entrepreneur Ray Santilli who claimed he obtained it from a retired US military cameraman while seeking archive footage of Elvis Presley in the US.

It was said to show an alien lifeform which had perished in the 1947 UFO crash being cut up and examined by military medics at a top secret location – which some believed was Area 51.

He went on to sell the footage to TV stations in 33 countries – before film maker and magician Spyros Melaris claimed he had actually faked the footage using animal organs and pig brains in a London flat.

He told the Sun Online: "The thing about the alien autopsy video is that something else always crops up.

"What reinvigorated the interest in the alien autopsy is that a couple of years ago a mysterious email thread was released online.

"The email was to Robert Bigelow, the US billionaire, who used to run an organisation called NIDS (The National Institute for Discovery Sciences). 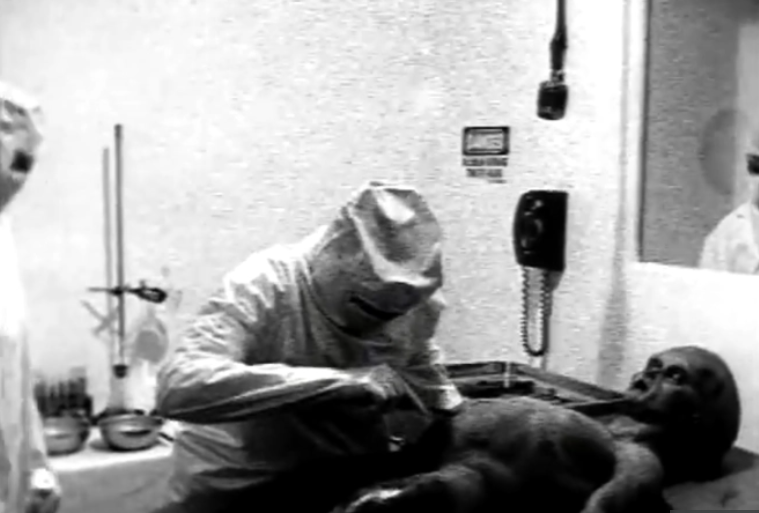 11The autopsy footage was sold to 33 different countries 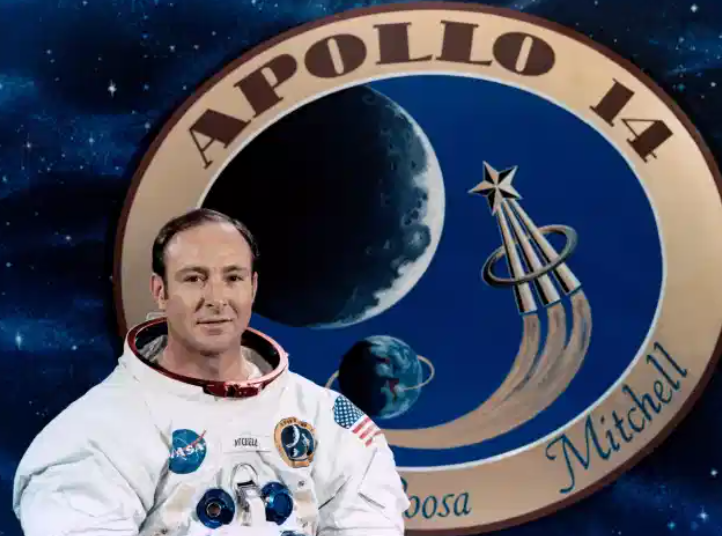 11The memo is said to have been leaked from archives of late astronaut Edgar MitchellCredit: EPA 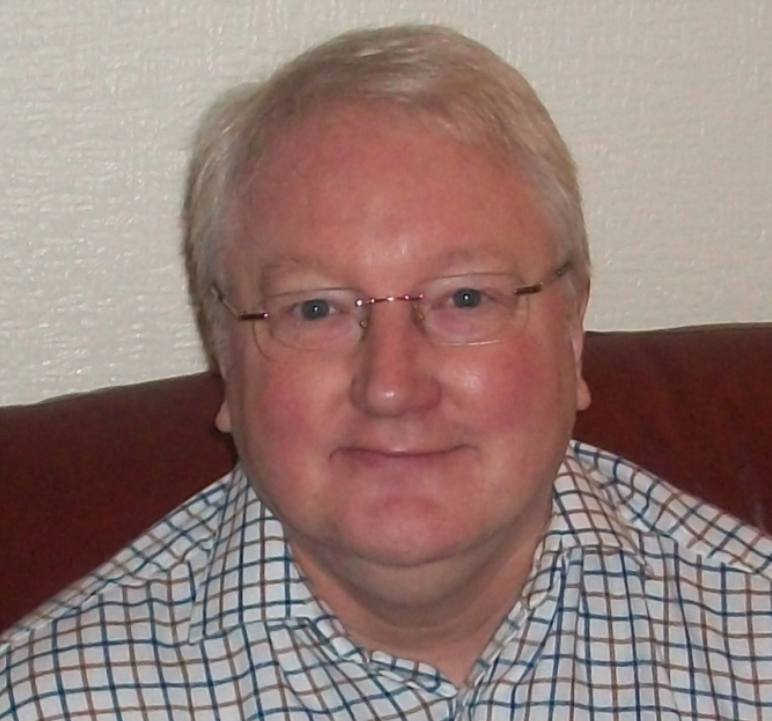 11Author Philip Mantle is the UK's most renowned UFO investigator 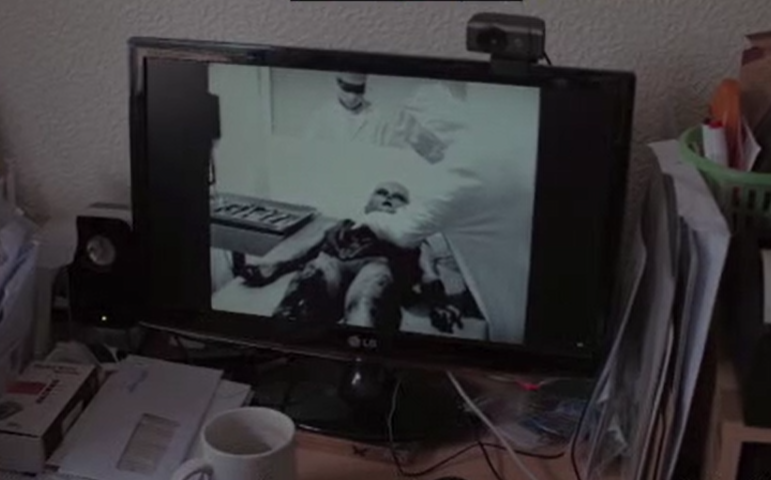 11Philip was among the first to see the bogus autopsy clip

"Basically Bigelow hired a number of scientists to work on UFO projects for him and in 2000 or 2001 they contacted me to try and gain access to some pieces of the original celluloid of the film.

"This email thread had come from the files of the late Edgar Mitchell, the sixth man on the moon.

"There are a number of people linked to the thread but the main guy they are speaking to is a Dr Christopher 'Kit' Green and he worked for the CIA many years back on what he called their weird desk.

"They are quizzing Dr Green about his comments on the alien autopsy film and, apart from saying he thought it was authentic, it goes on to add that back in 1980 or 1981 at an official briefing at the Pentagon they showed him another alien autopsy film."

If true, that would appear to indicate that there were other alien dissection clips being studied at least 10 years before the bogus film was made.

Philip says on the documentary: "There are a number of UFO researchers who can't believe that someone of Kit Green's experience and standing would be fooled by a fake film so there must more to it and they believe he was indeed shown other films, fake or real, by the CIA."

The TV expose also features an archive interview with a Sergeant Clifford Stone who claimed he worked as a UFO crash retrieval expert with the U.S. Army in the 1960s.

He tells how he once saw senior officers watching what he thought were "science fiction films" before adding he later learned they were "genuine " alien dissection videos.

The leaked Bigelow memo states: "After Kit left the CIA he was called into the Pentagon by a person in uniform. 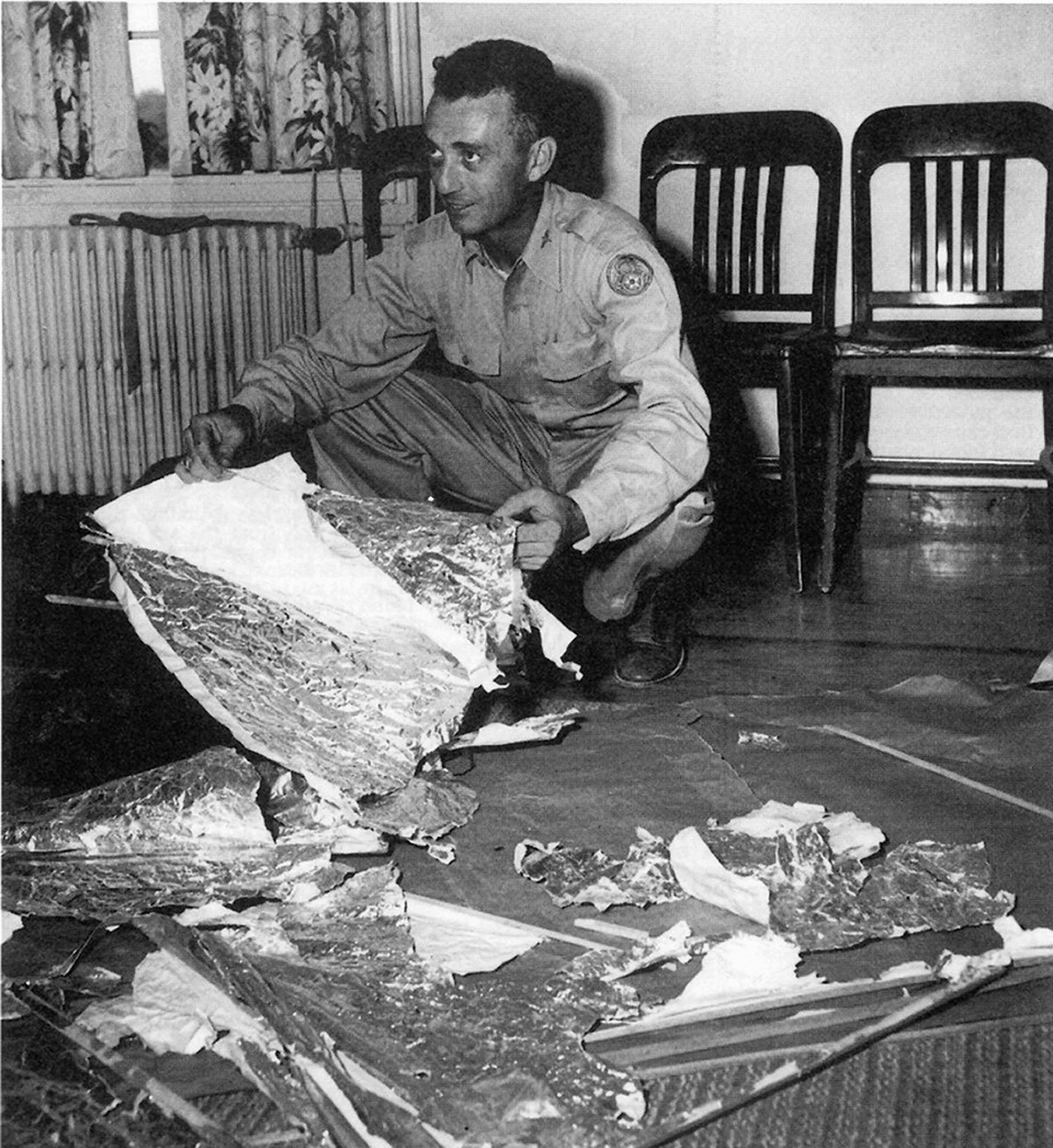 11A crash test dummy at the Roswell site in a body bagCredit: Air Force 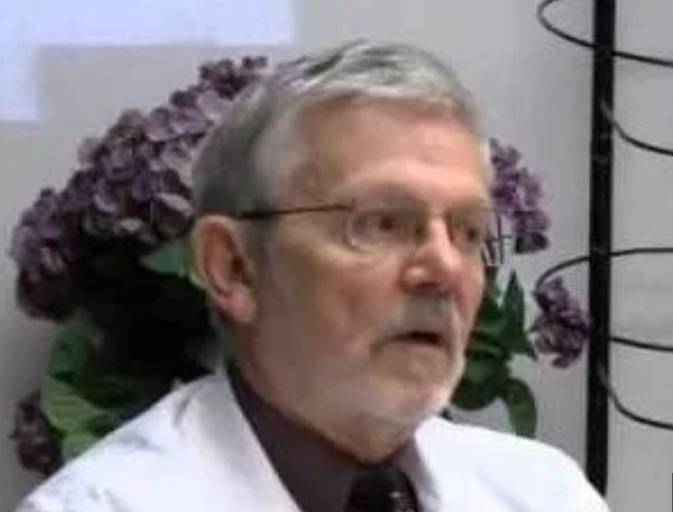 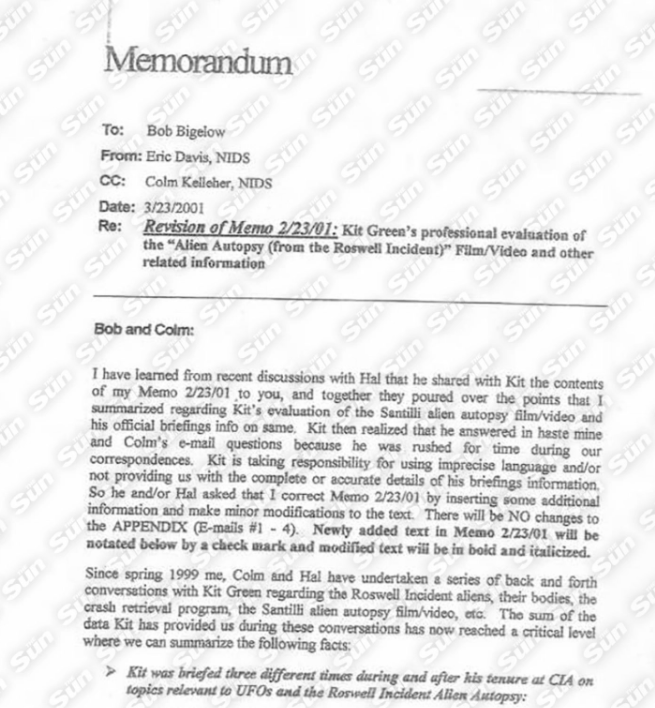 "This person showed Kit the alien autopsy photos and reports etc. The photos of the alien cadaver Kit saw were consistent with the cadaver seen in the 1995 Santilli film/video."

Dr Green later provided his professional evaluation of the footage in January 2001, according to the leaked document.

A summary of his evaluation stated: "The Alien Autopsy film/video is real, the alien cadaver is real, and the cadaver seen in the film/video is the same as the photos Kit saw at the Pentagon briefing."

But Philip said: "When you look at Dr Green's evaluation of the autopsy film it doesn't get anything right and you think to yourself is he looking at the same film as me.

"He mentions various medical items that you can't see..they're just not there. So it does make you wonder how he came to these conclusions."

However, Ray Santilli believes the fact that Dr Green claims he saw the video BEFORE his was published around the world only goes to prove his footage must be real. 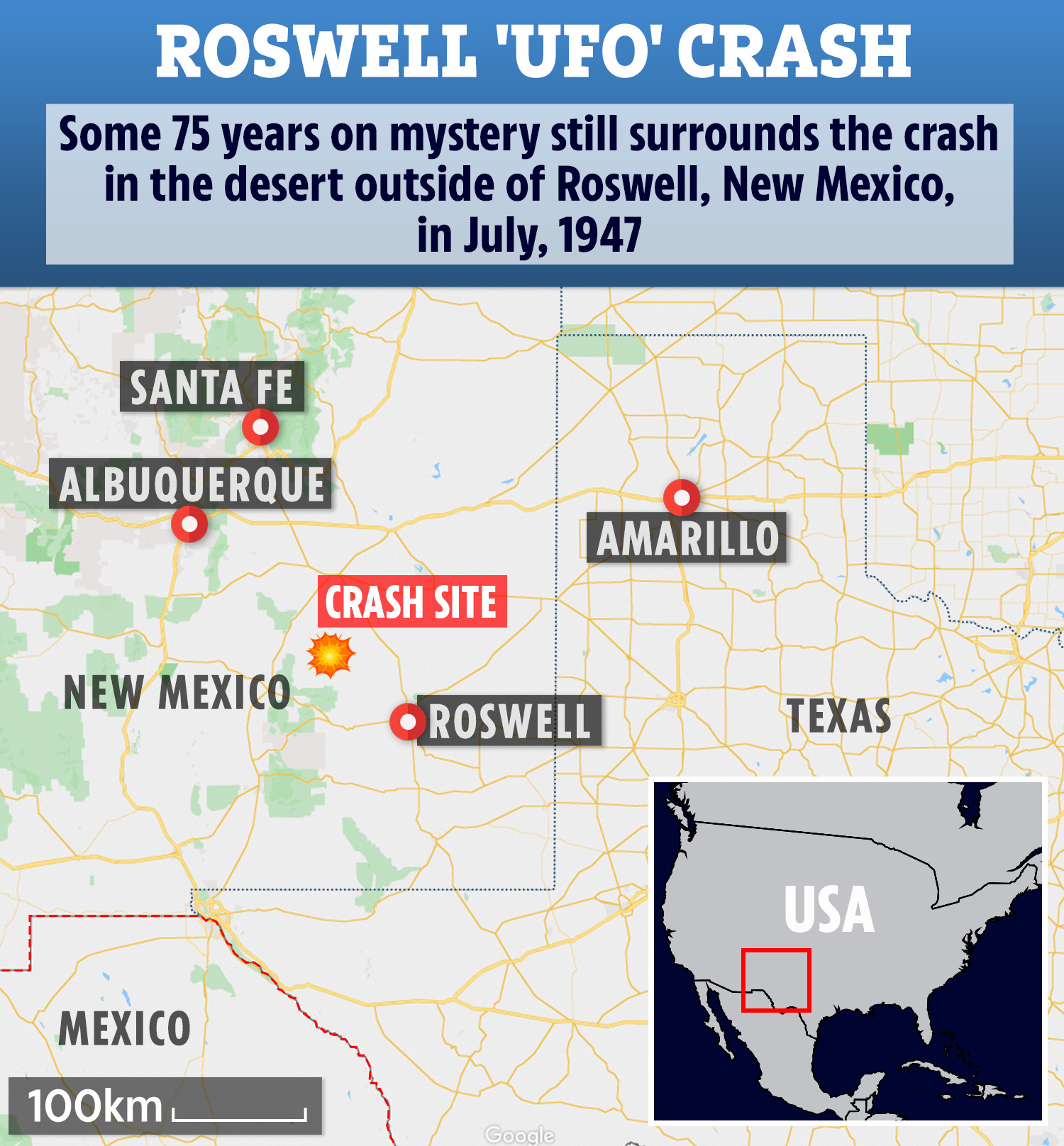 The Roswell crash has fascinated UFO fanatics for decades

He insists his video was a "restored" version of an original clip filmed in the 1940s.

Santilli said: "What people don't appreciate if you got to any major gallery around the world and you see a Leonardo Da Vinci..those paintings have been touched up so many times there is very little which comes from the original artist.

"What we did was a restoration of the original film. The film still maintain its integrity."

Philip sums up his investigation by saying: "Something did crash at Roswell – even the authorities in the US admit that.

"There are those that believe at some point either the President of the US or the UN will admit that Roswell was either X, Y or Z.

"I doubt we will have ever hear any official statement other than what we already have and all the eye witnesses have all passed away.

"However we will keep on looking for that missing link…that holy grail. I'm always hopeful."

Last, month we told how a CIA operative is probing a diary thought to be filled with hidden code which could finally unlock the baffling Roswell mystery.

Ben Smith has been called in to lead a thorough new investigation to determine once and for all what crashed into the sands of New Mexico nearly 75 years ago.

And he has told the Sun Online a journal written by a US Army major – who was first on the scene – may hold all the secrets to what has been described as the biggest cover up in US military history.

UFO Week returns to Blaze tonight with dedicated content starting from 8pm until 2pm every single evening. Blaze is available on Freeview channel 63, Freesat 162, Sky 164, Virgin Media 216, My5 and on demand.