DEADLY diseases with the potential to cause a pandemic even worse than Covid-19 have been named in a chilling new report.

CEPI, founded by Bill Gates, has warned the world's leading authorities that serious action must be taken if we are to prevent an even deadlier disease from sweeping through the globe. 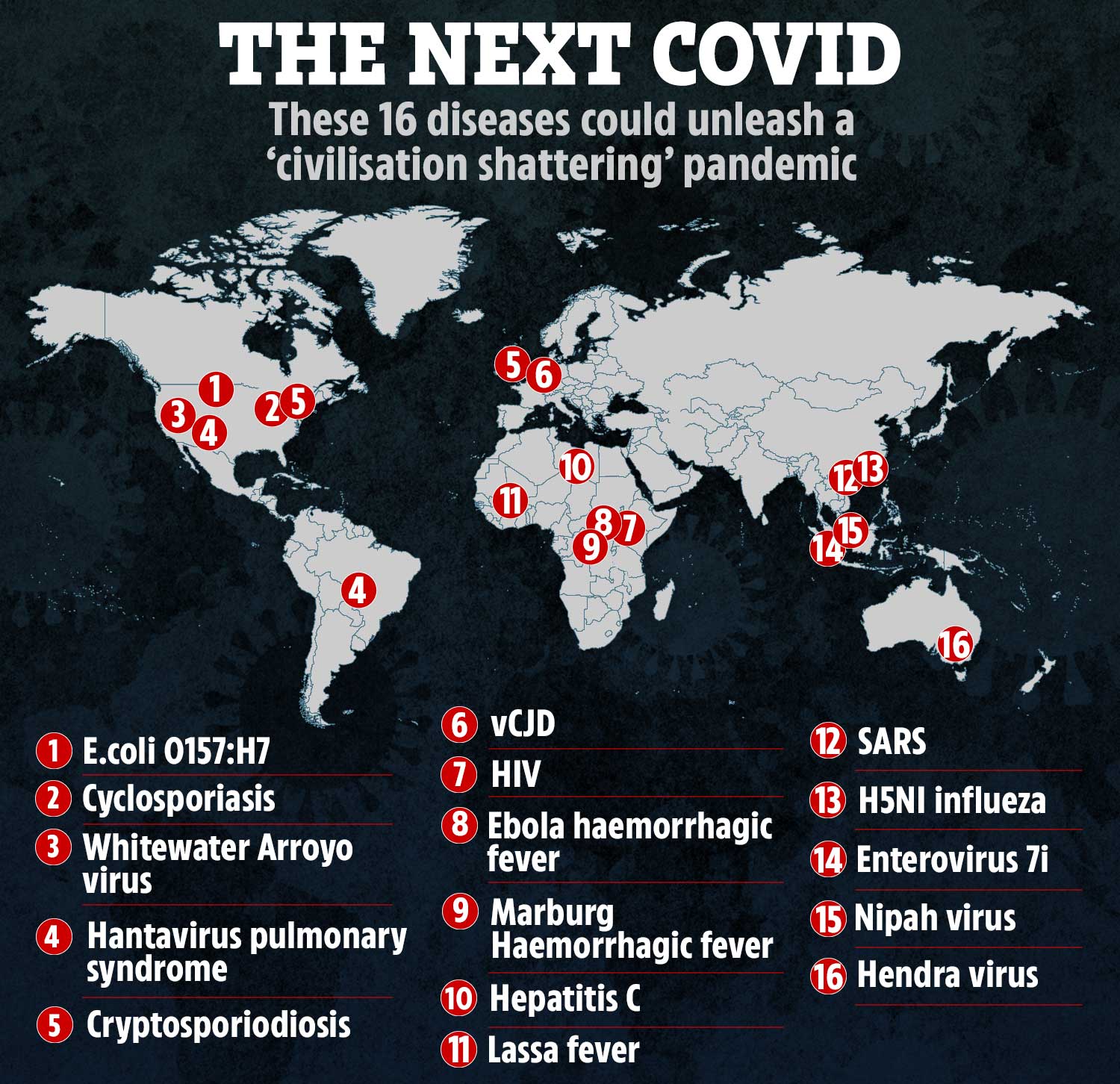 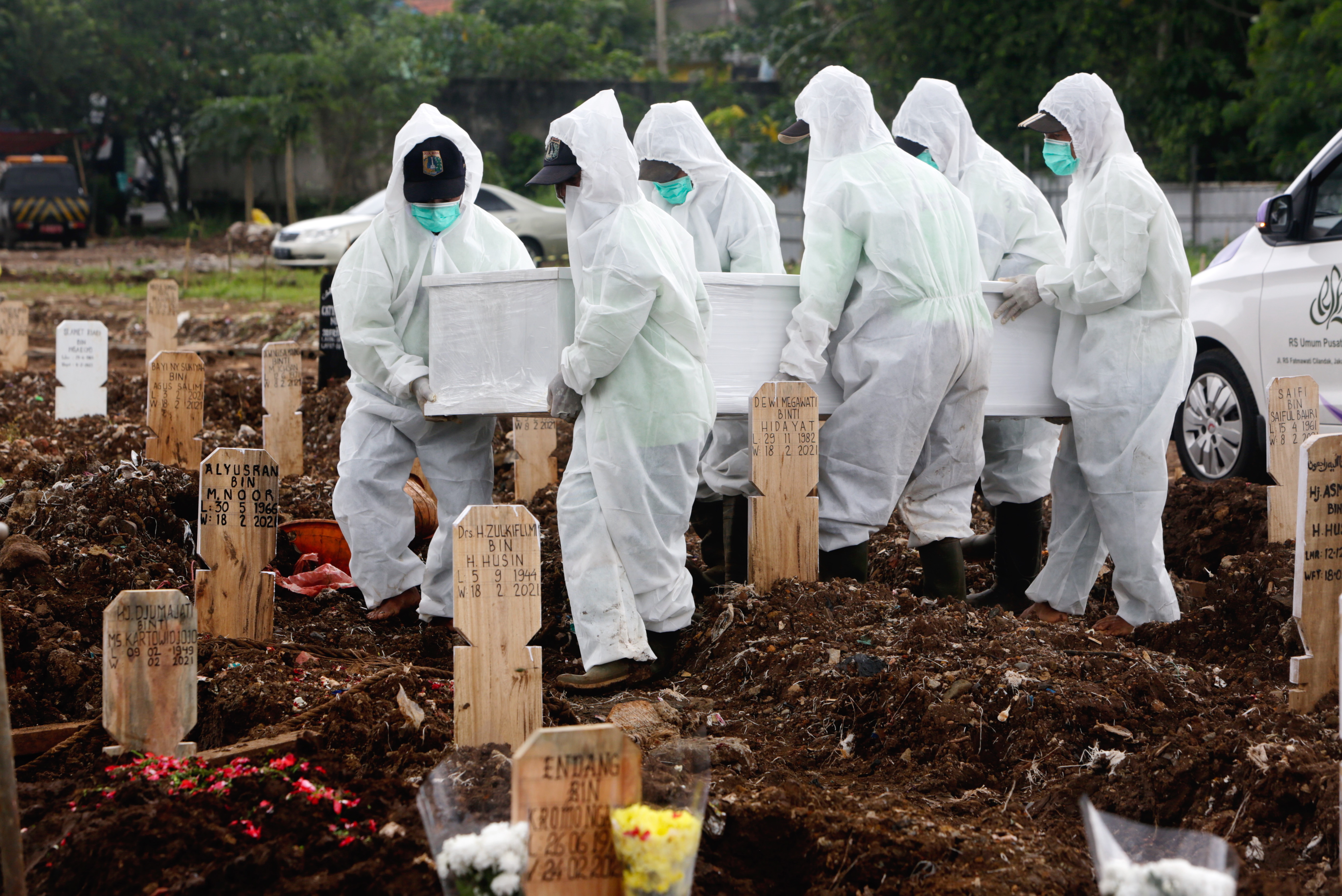 6Mass graves have had to be dug due to all the Covid-19 deathsCredit: EPA

In just over a year, Covid-19 has infected around 122 million people around the world, killing nearly 2.7 million.

And its impact is still being felt around the world, with countries such as Brazil and Italy experiencing new waves of coronavirus.

But if we do not act soon then another perhaps even deadlier pandemic could be just around the corner.

Any of these could be the next Covid-19 or worse

The report also highlights other coronaviruses known to us such as SARS and MERS as a significant recurrent pandemic threat.

It states: "The emergence of a coronavirus combining the transmissibility of Covid-19 with the lethality of SARS or MERS would be civilisation-shattering."

Well known diseases that could make a comeback according to the report include HIV and Ebola in Africa.

The report adds: "Covid-19 is just one of many diseases with pandemic potential.

"More than 1.6 million yet to be discovered viral species from these virus families are thought to exist in mammal and bird hosts.

"And any of these could be the next Covid, or worse." 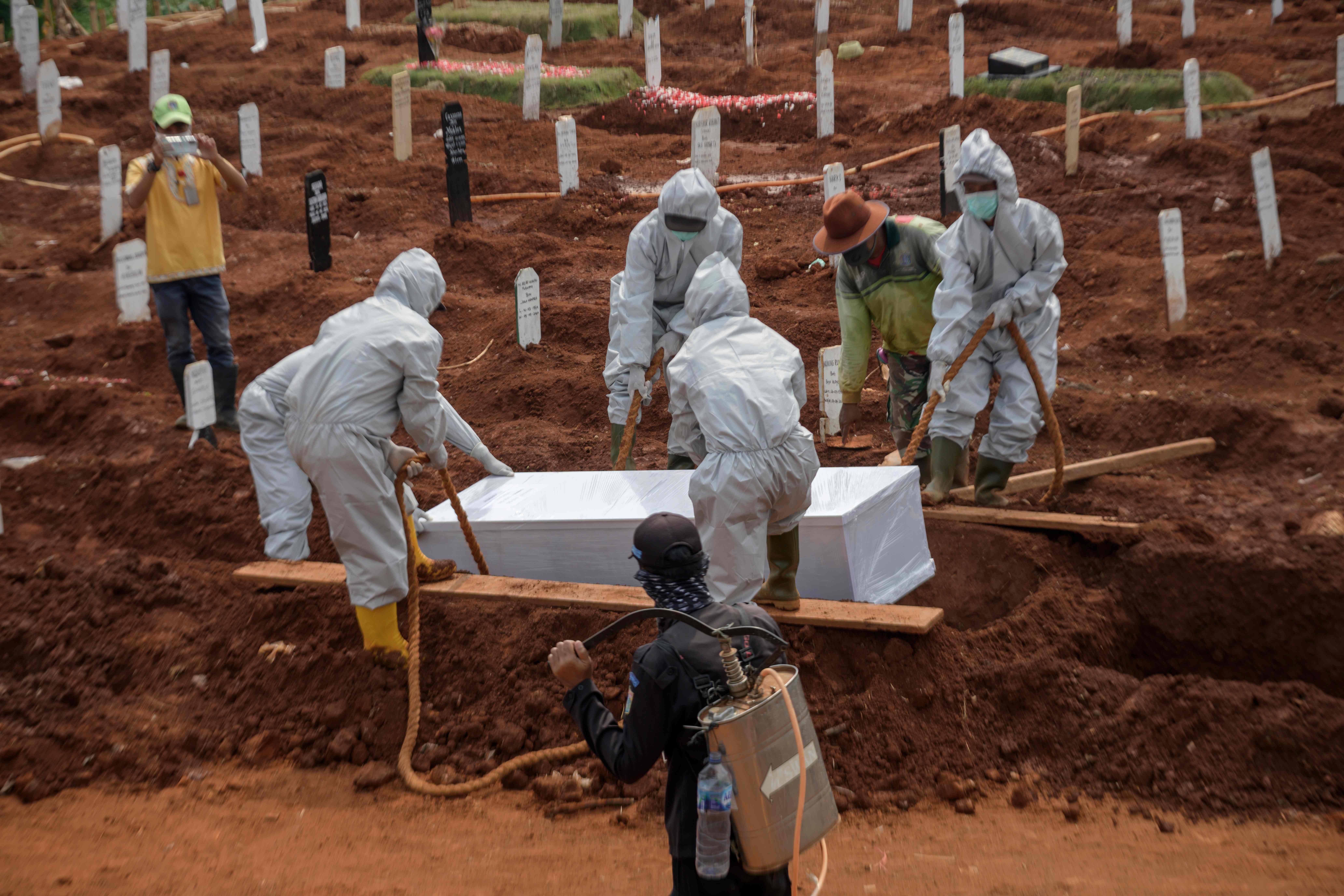 6The next pandemic could produce an even deadlier diseaseCredit: AFP 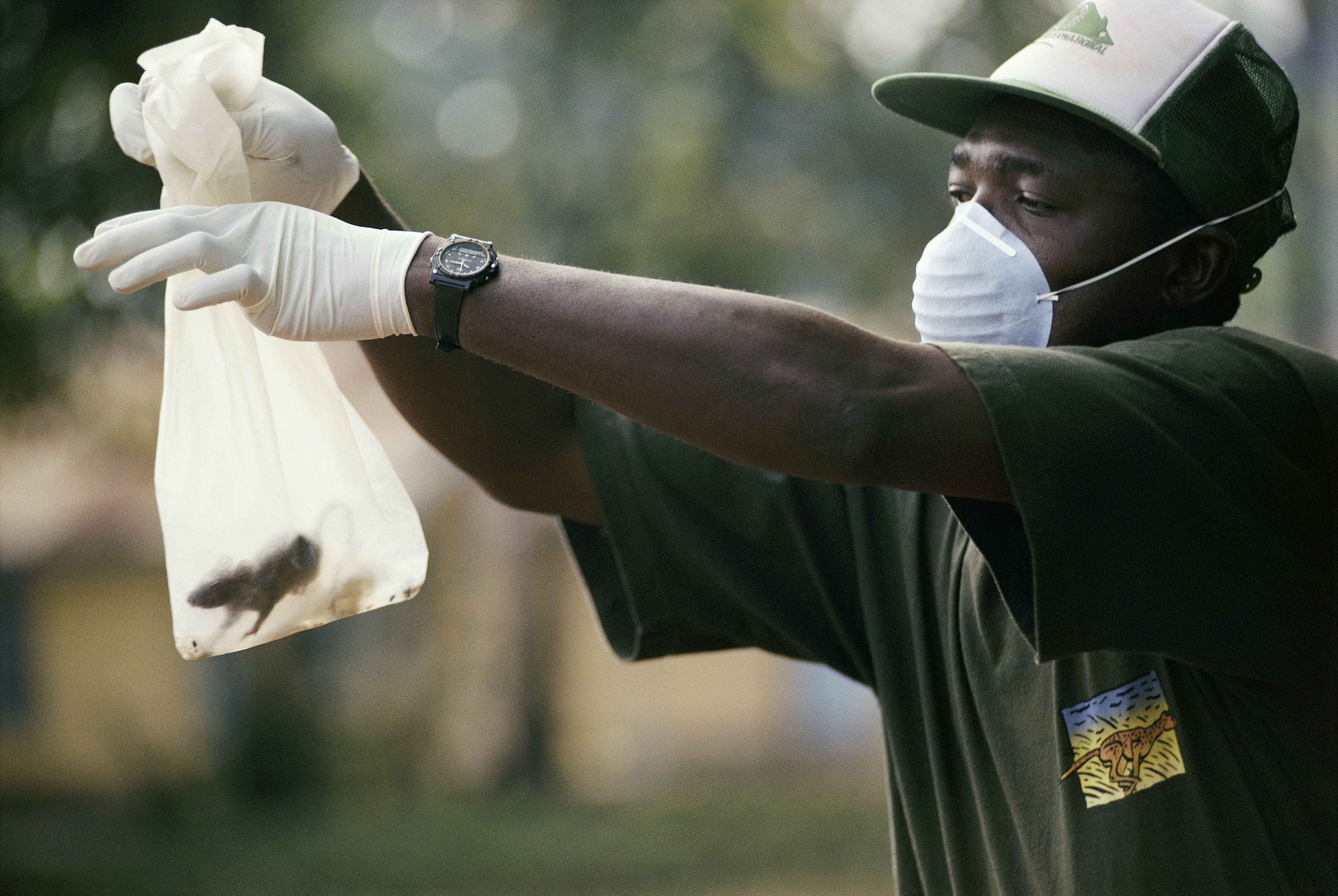 6Rats are the source of many of the diseases on CEPI's listCredit: Corbis – Getty

There is one emerging disease, Cryptosporidiosis, that is listed on our doorstep.

The diarrhoea disease caused by microscopic parasites can live in the intestine of humans and animals and is protected by an outer shell, allowing it to survive outside the body for long periods of time.

It has also been known to lurk in swimming pools, hot tubs and jacuzzis, with an outbreak in the West Midlands in 2016 being linked to local pools.

The disease is believed to be particularly harmful to children, and often results in vomiting and diarrhoea which can become more serious if not treated.

Lassa fever will be unfamiliar to many in the West but the zoonotic disease has inflicted parts of Africa, with the latest epidemic last year in Nigeria killing 144 people. 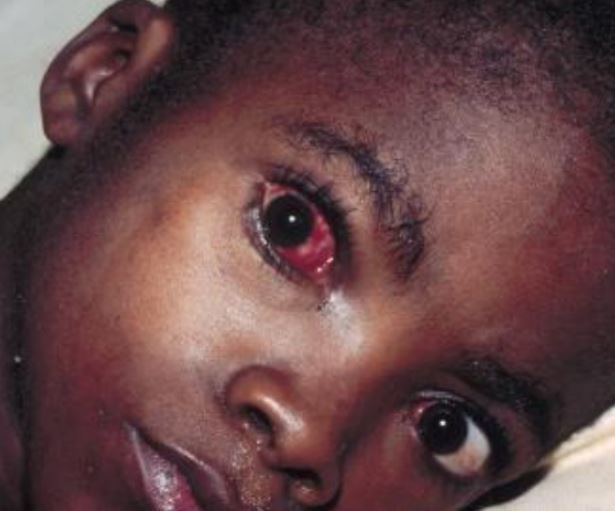 6Lassa fever can cause many severe symptoms including eye-bleeding 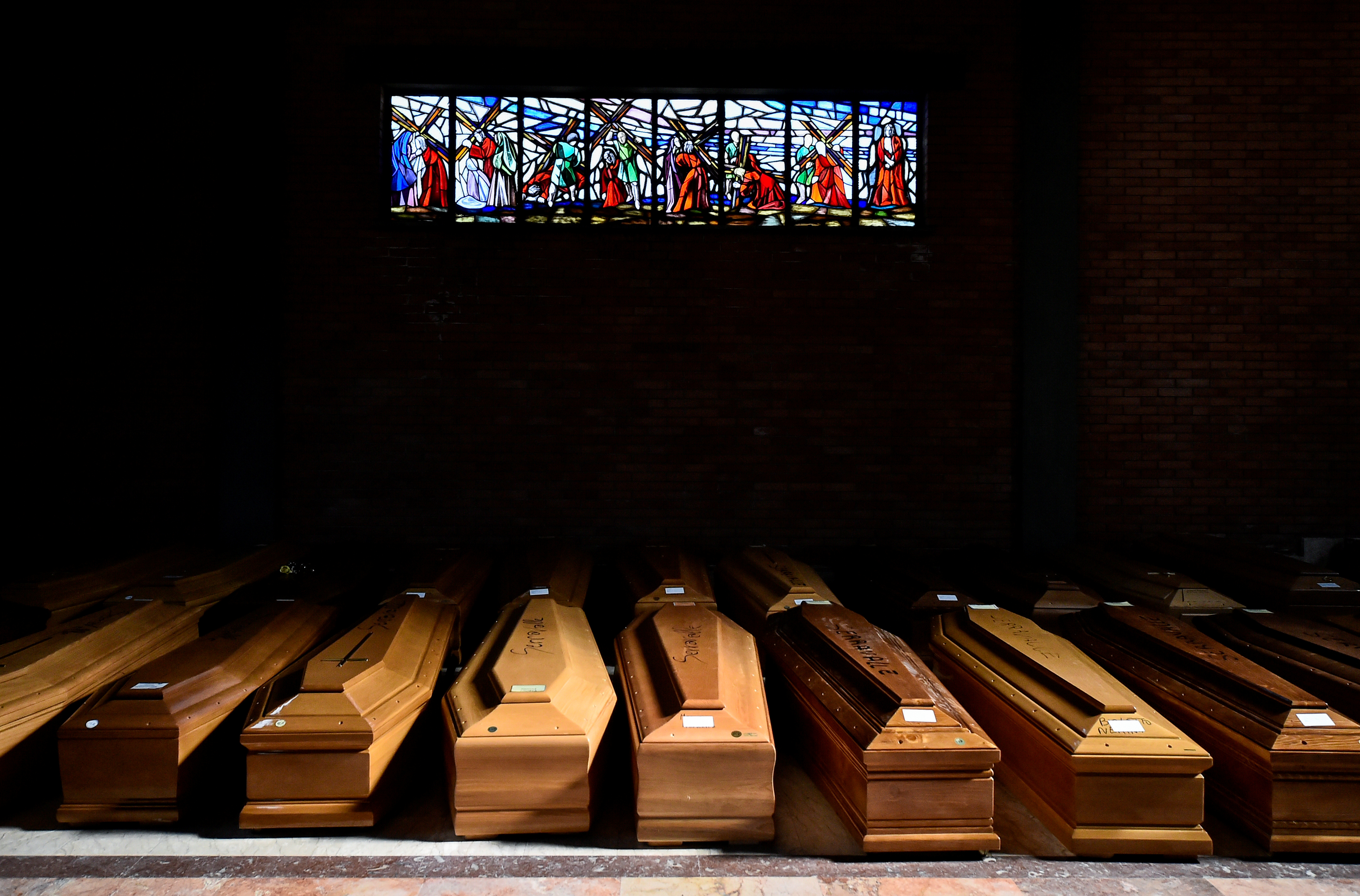 Severe cases can result in facial swelling, bleeding from the mouth, nose and vagina, and seizures.

Even patients who survive the disease are left to suffer, with 25 per cent losing their hearing.

Like many zoonotic diseases, it was first passed to humans from rats, but can also be transmitted between humans through blood, urine and faeces.

Other fatal diseases include Whitewater Arroyo virus which was thought to be able to pass to humans until it killed three women in Calfornia, including a 14-year-old girl.

The disease, believed to have originated in wood rats, can cause severe symptoms such as liver failure.

Another disease passed on by rodents in the US, hantavirus, recognised in 1993, comes with a 36 per cent fatality rate.

More than half of the people infected by the virus are inflicted by vomiting, nausea and gastrointestinal symptoms.

Known as the "silent disease", Hepatitis C does not come with the same severe symptoms as the disease above, but can be just as harmful.

Patients with chronic Hepatitis C infections often develop cirrhosis and liver cancer, with WHO estimating nearly 400,000 people died in 2016 as a result of the infection.

Unlike Hepatitis A and B, there is currently no vaccine to treat Hepatitis C.

Other recognisable diseases lurking on the list are vCJD, otherwise known as mad cow disease, HIV, bird flu and Ebola, all with the potential of mutating into a more dangerous virus.

Most read in World NewsROMP DEATH Mystery as mum, 18, collapses and dies during steamy shower sex with husbandoctofussOblivious woman cheats death after holding octopus that can kill 26 peopleExclusiveSPIN WAR China's 'batwoman' tried to shift blame for Covid outbreak, bombshell emails showWarningTROUBLE AND STRIFEMan’s penis 'rots away' after wife ‘bites it off for cheating’CUT-THROAT CARTELInside the Jalisco New Generation Cartel who butcher rivals in public

CEPI has launched a $3.5 billion plan to produce a library of vaccines capable of dealing with multiple diseases in order to prevent Disease X.

The money would also be used to tackle specific disease such as Lassa Fever, MERS, Nipah and Ebola.