A MONSTER moth the size of a RAT has been discovered at a building site belonging to a primary school.

The huge creature, which was found by a tradesman outside the Mount Cotton State School in Brisbane, Australia, is reportedly so big that it can’t even fly. 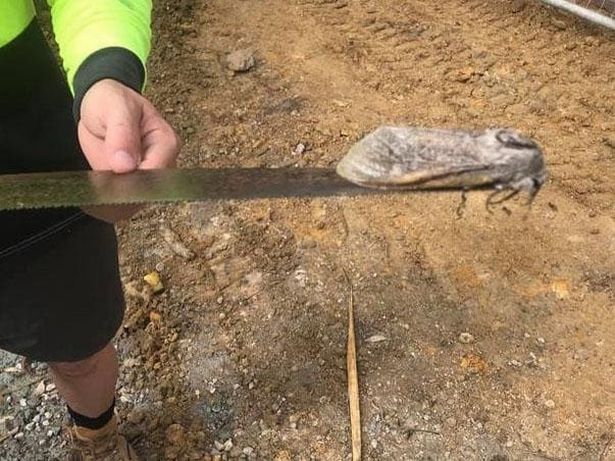 2The monster month was found outside a school in Brisbane, AustraliaCredit: ABC 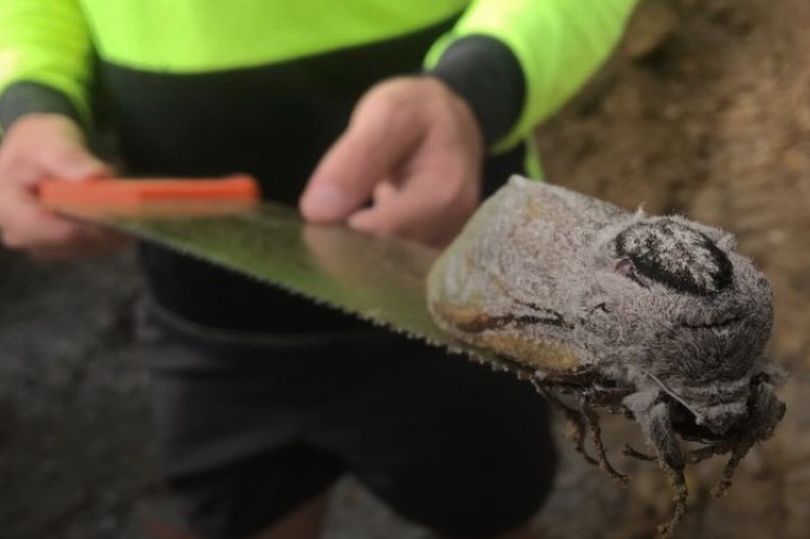 2The creature is roughly the size of a rat or two fists clenched togetherCredit: ABC

The school, which has more than 600 pupils, branded the find "amazing" as they posted photos of the moth on their social media channel.

Principal Meagan Steward said the moth was roughly the of two fists put together and could be the biggest moth in the world.

She told news.au: “We weren’t at school when the builders found the moth but they took some photos for us.

“We have a (year) 4-5 class that live in that new building, and the teacher showed the students a picture of the giant moth and they used it as stimulus for a creative piece of writing.

“They wrote some very imaginative stories, including Mrs Wilson (their teacher) getting eaten by the moths!”

Although the kids were visibly impressed by the find, she said that they are also used to seeing peculiar animals that come from the nearby rainforest.

This is because the moth in question is commonly found between North Queensland and southern NSW and is distinguished by its grey colour and its dark circular pattern.

The moth is also reported to be so heavy it struggles to fly, with females often climbing trees and waiting for the male to find them.

It was identified officially by the Queensland Museum’s head of entomology Dr Christine Lambkin as a wood moth.

Most read in World NewsHELD TO RANSOMFrance threatens to cut off Jersey's electricity in post-Brexit fishing rowSASS SQUATSFury as female runners do squats in tight leggings in front of MOSQUEFAMILY SLAUGHTEREDMum ‘slit throats of two of her triplets aged 5 then went to the cinema'GRAD 'MURDER'Brit law graduate, 26, shot dead in Pakistan after ‘two men fought over her’BILLION-DOLLAR BREAK-UPSThe most expensive divorces ever as Bill Gates announces split

She told the Australian news outlet that the species is "very interesting" as little is known about what the insects do in their first year of life.

What is definite is that they are about 4cm in length and tend to burrow into eucalyptus trees which they spend a year or so eating.

10 peculiar moth facts according to www.thoughtco.com

• Moths outnumber butterflies by a 9 to 1 Ratio
• Most moths Are nocturnal, but many fly during the day
• Moths some in all shapes and sizes
• Male moths have a remarkable sense of smell
• Some moths are important pollinators
• Some moths do not have mouths
• Not all moths eat, but they are often eaten
• Moths use all kinds of tricks to avoid being eaten
• Some moths migrate
• Moths are attracted to light bulbs, bananas, and beer