DISTURBING video shows Mexican cartel hitmen lining up 20 rival gangsters in a forest before executing them one by one.

It was released as a warning on social media by Los Tlacos, who claimed they were cleaning up the city after the other mob robbed and killed innocent civilians. 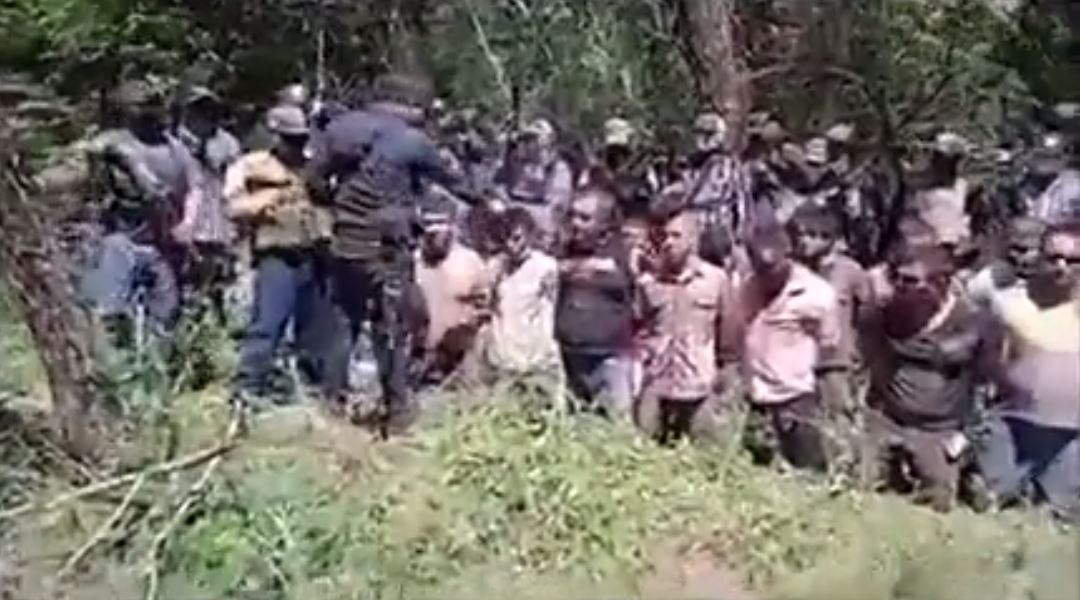 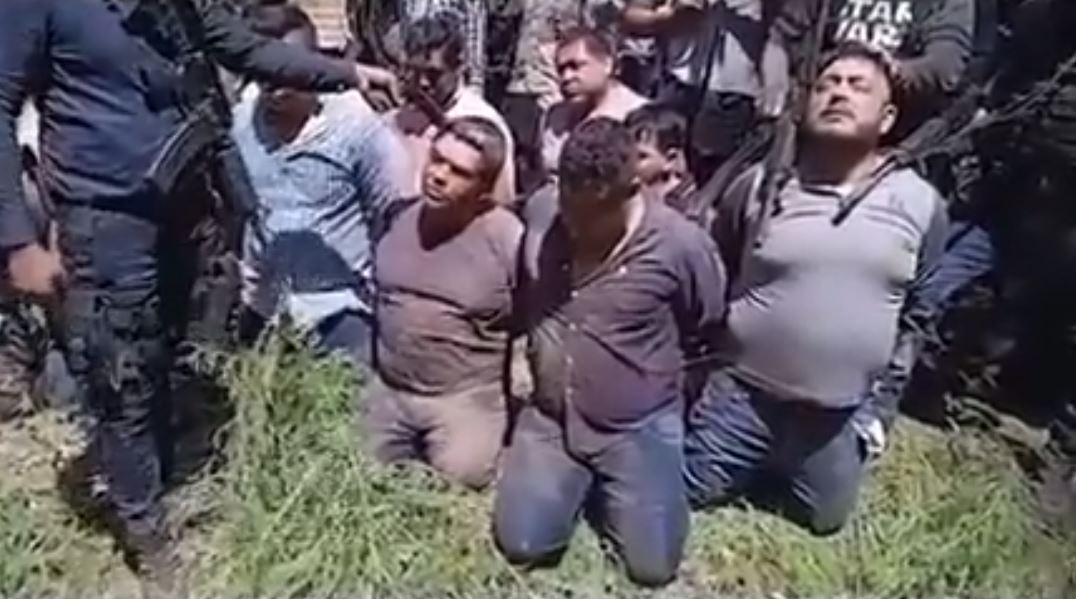 Four of the dead men – including a wanted murder suspect – were dumped outside the new mayor's campaign office in Iguala, in Mexico's south-western Guerrero province.

The grisly video shows 20 alleged La Bandera gangsters kneeling on the ground, held at gunpoint by masked men with assault rifles who identify themselves as “people from the mountains”.

With a disguised voice, a man leading the interrogation grabs each man in turn, demanding to know their names, gang nicknames, and their role in the gang.

The leader says: “People from Iguala, here are all those who extorted money and who were killing innocent people and women.

“The trash that terrorised this beautiful city. We told them and the time came, this turf already has an owner."

Most read in NewsExclusiveLOCKED UP Bouncer who strangled Brit heiress & claimed she died in sex game caged for 18yrsBreakingEVERY PARENT'S NIGHTMARE Child dies at nursery as facility is shut down over ‘concerns’RIPPED APART Horrifying moment Brit loses leg after swimming towards 11ft Great White sharkhaz about that Harry & Meg ‘insufferable’ & ‘world is fed up with preaching’, says TV hostGENIE’S HELL How 'world's most abused child' Genie was subjected to secret experimentsBABY JOY Beatrice reveals daughter's name as she shares sweet pic of baby's footprint

One of the La Bandera mobsters is seen on camera apparently admitting Brito has a direct "line" with the mayor's office.

Another says Brito has has profited from construction projects that were awarded to him.

Mr Gama Pérez has not commented on the video, which was posted online on Wednesday night, hours before he was sworn in as mayor yesterday.

Hours before the video was released, a car with four corpses in the boot was dumped outside the mayor-elect's campaign office in Iguala.

One body was identified as Luis Ángel, who was being investigated for double murder.

The Guerrero state attorney general's office said it will "continue with the corresponding investigations to locate those who are likely responsible for this criminal act."

La Bandera is a cell of the notorious Guerreros Unidos syndicate, which was behind the kidnap and murder of 43 teaching students in 2014.

The victims were reportedly snatched from a rural teaching college by local police officers and then handed over to the cartel.

Iguala's then mayor, Jose Luis Abarca, was accused of masterminding the mass kidnap, and was jailed along with his wife.

Police said they had been ordered to stop the students disrupting a speech by the mayor's wife, Maria de los Angeles Pineda.

Most victims' bodies were never found in a case that has haunted Mexico for seven years. 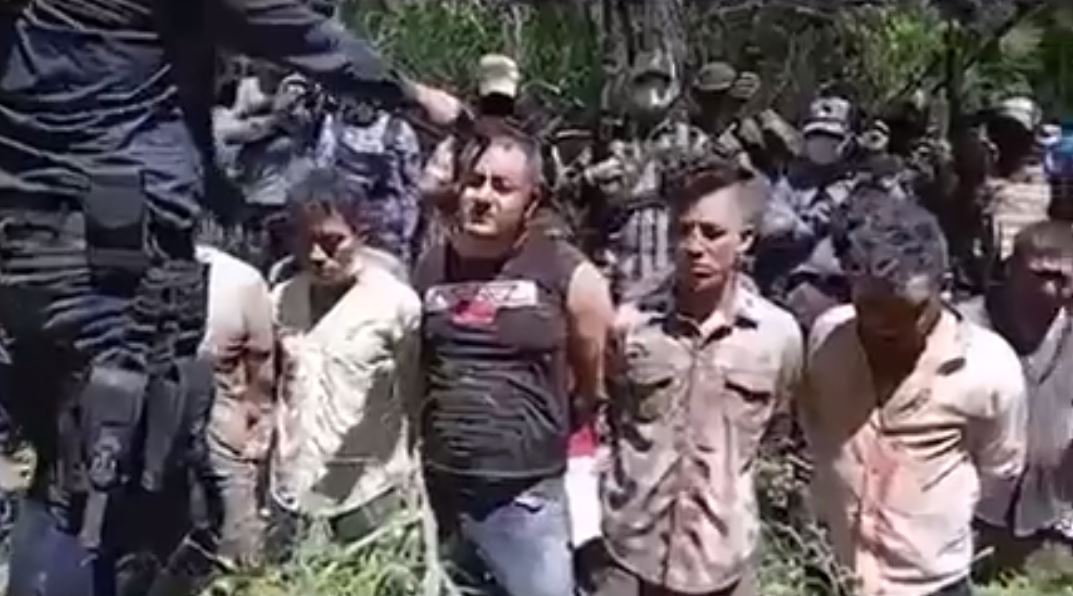 4Footage shows the mobsters being forced to identify themselves at gunpoint 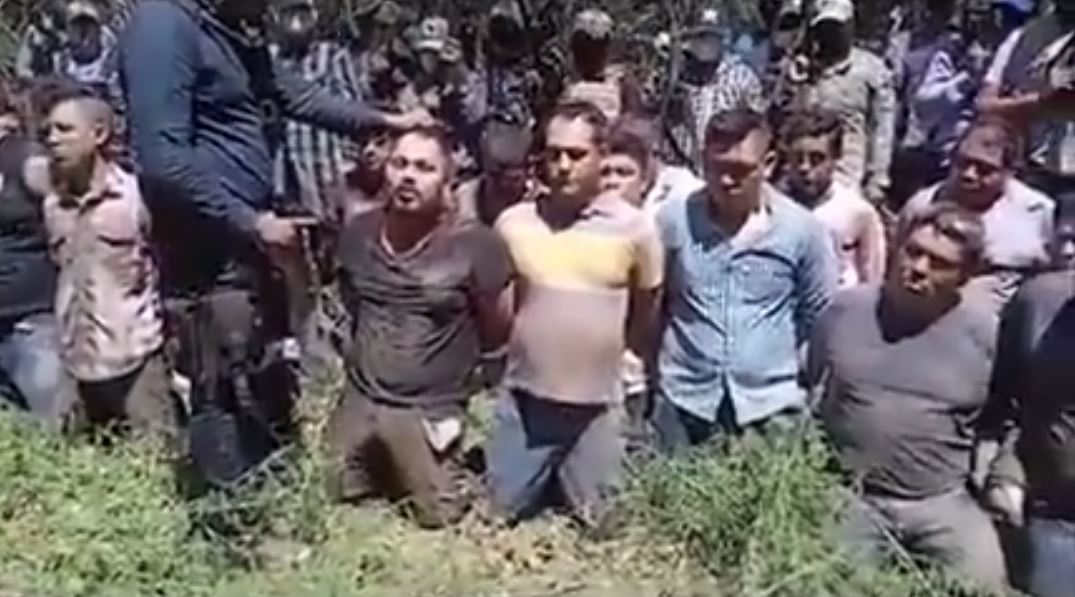