NEW pictures of a slim Kim Jong-un have ignited bizarre rumours that the despot is using a body double.

The North Korean leader has sparked health fears in recent months after shedding more than 40 pounds as commentators questioned whether his weight loss is intentional or due to a grave illness. 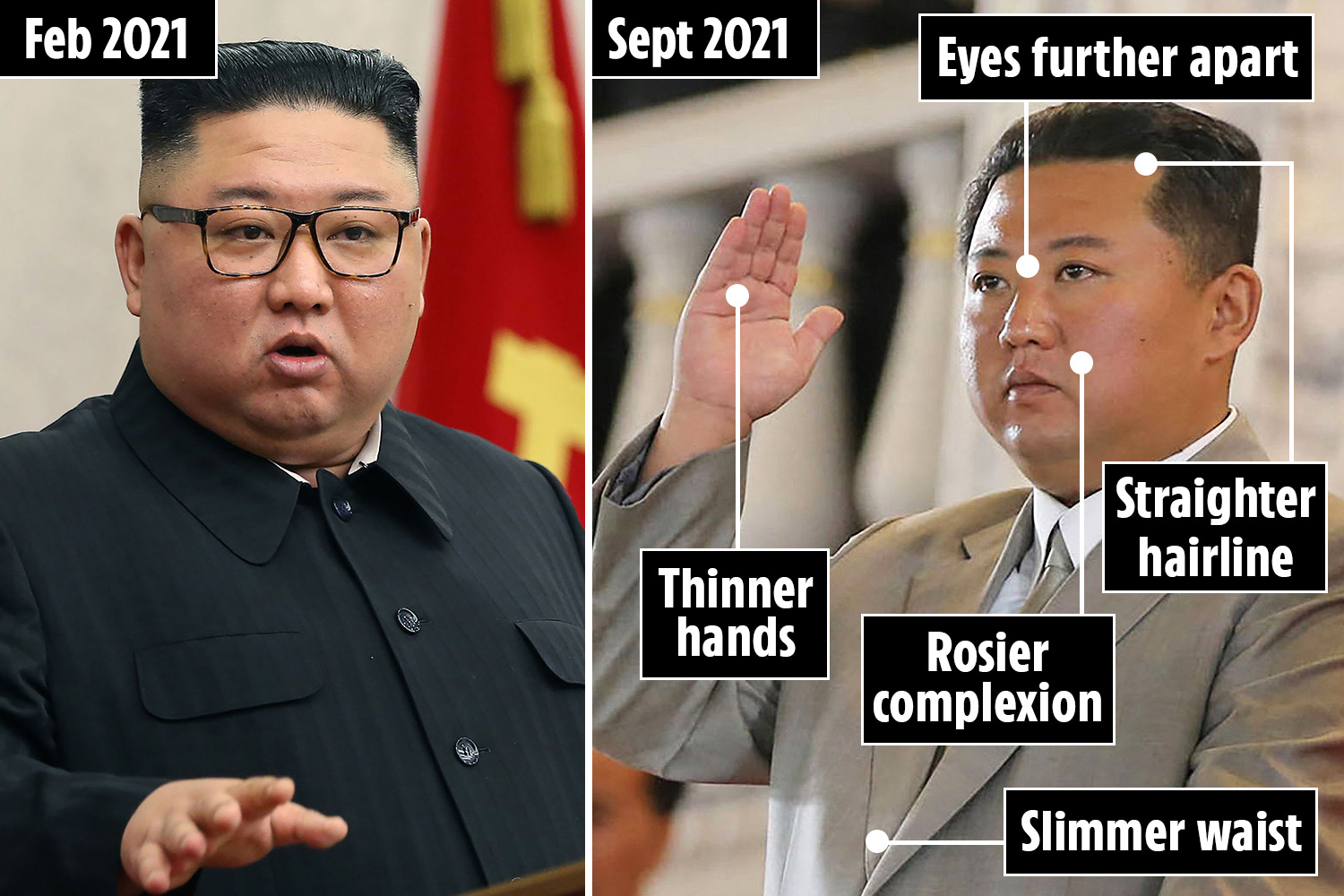 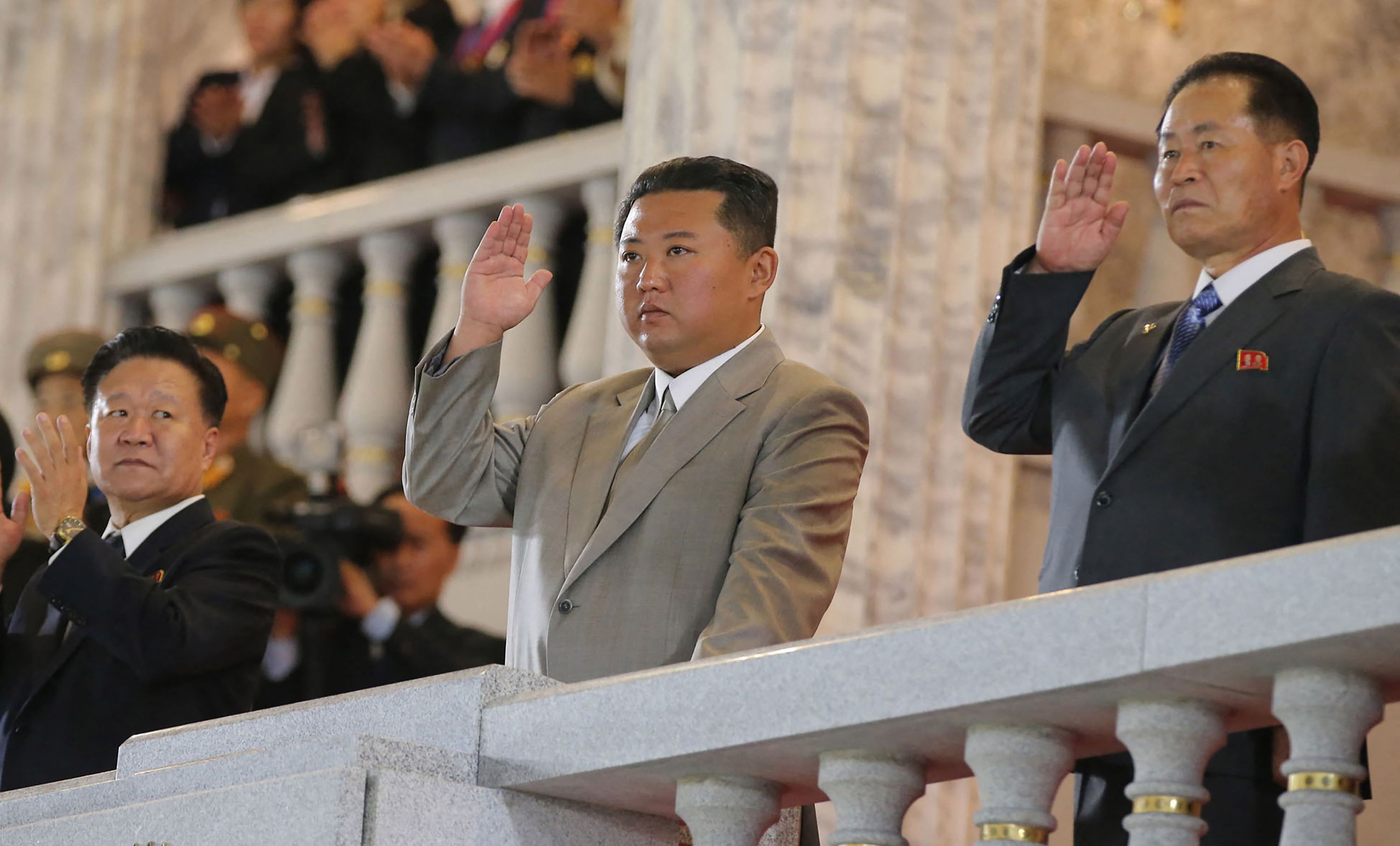 2Online sleuths have suggested Kim Jong-un has been replaced by a lookalikeCredit: AFP

Fresh images of a trimmer Kim sporting a beige suit with a serious look on his face have now led to conspiracy theorists claiming he has been replaced by a lookalike.

"Kim Jong-Un has been replaced by a lookalike," one online sleuth wrote on Reddit.

But many were quick to shoot down the whacky claim, saying Kim looks the same – just slimmer.

One replied: "He lost that baby fat and is showing his grown man face?"

Another added: "I was thinking the ears where identical.

"So identical in fact that I’m convinced this is just a slimmer, healthier Kim."

It's not the first time the 37-year-old has been accused of using a body double, however.

Last year, photos of Kim released 20 days after he mysteriously disappeared caused rumours the despot used a lookalike as some speculated the double could have been standing in due to the leader's poor health, or even death.

The latest body double claims come after it was reported North Korea is hunting for a Kim successor amid fears the tyrant's health is failing after his sudden weight loss.

Starving North Koreans are increasingly worried about the health of "emaciated" Kim in the wake of his dramatic weight loss after he used to top 22 stone, according to state media.

And a prominent member of Kim's entourage has now been tasked to find a successor for the dictator as rumours mount over his failing health.

Rumours of Kim's ill health have snowballed thanks to mounting circumstantial evidence.

The National Intelligence Service said it is believed Kim hit a whopping 22 stone last year after gaining around a stone a year since coming to power in 2011.

According to one source, Kim's cronies said he gained weight due to work-related stress, drinking, heavy smoking and a high-fat diet.

At 5ft 7in, Kim has long been considered obese, after it was revealed he had piled on the pounds amid dire food shortages in his rogue state.

He has struggled with his health as a result of his spiralling weight and his fridge-raiding lifestyle.

Kim has a legendary appetite, apparently gorging himself on Swiss cheese, caviar and lobster while drinking multiple bottles of wine in a night.

And last year, he missed North Korea’s national holiday on April 15 and he was out of the public eye for a lengthy period of time.

Kim only resurfaced after several weeks amid frenzied speculation that he had died.

A new "slim Kim" emerged this year in June – sparking a flurry of speculation about possible gastric band surgery or a grave illness.

Slimmed down North Korean leader Kim Jong-un meets young people who had ‘volunteered’ to work in ‘difficult’ sectors
We pay for your stories!