A MISSING Chinese whistleblower who exposed the cover up of the Covid outbreak in Wuhan has reappeared after 18 months – but he "can't talk" about what happened to him.

Citizen journalist Chen Qiushi went missing in February 2020 after he had reported horrific scenes from an overwhelmed hospital in graphic detail. 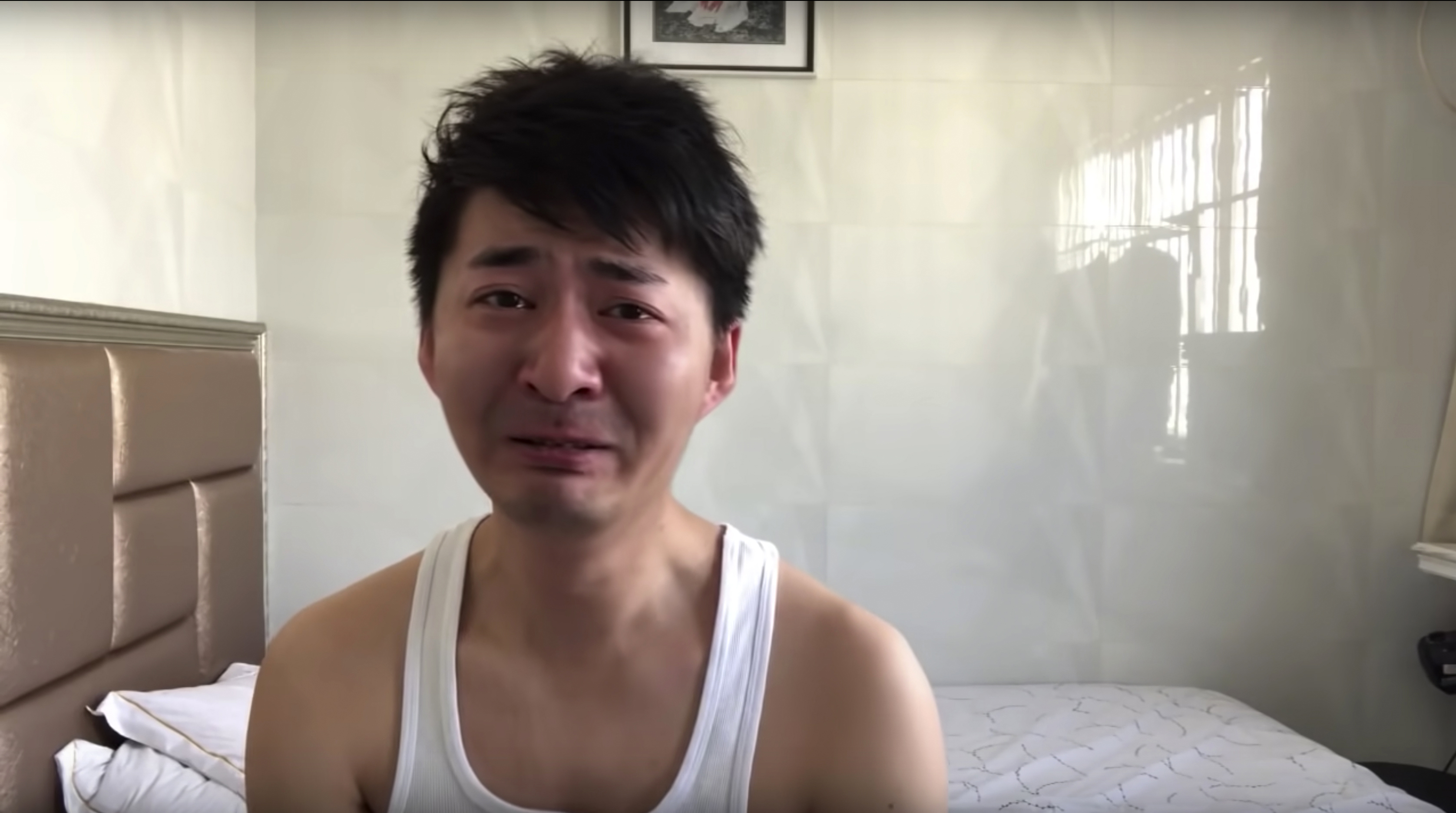 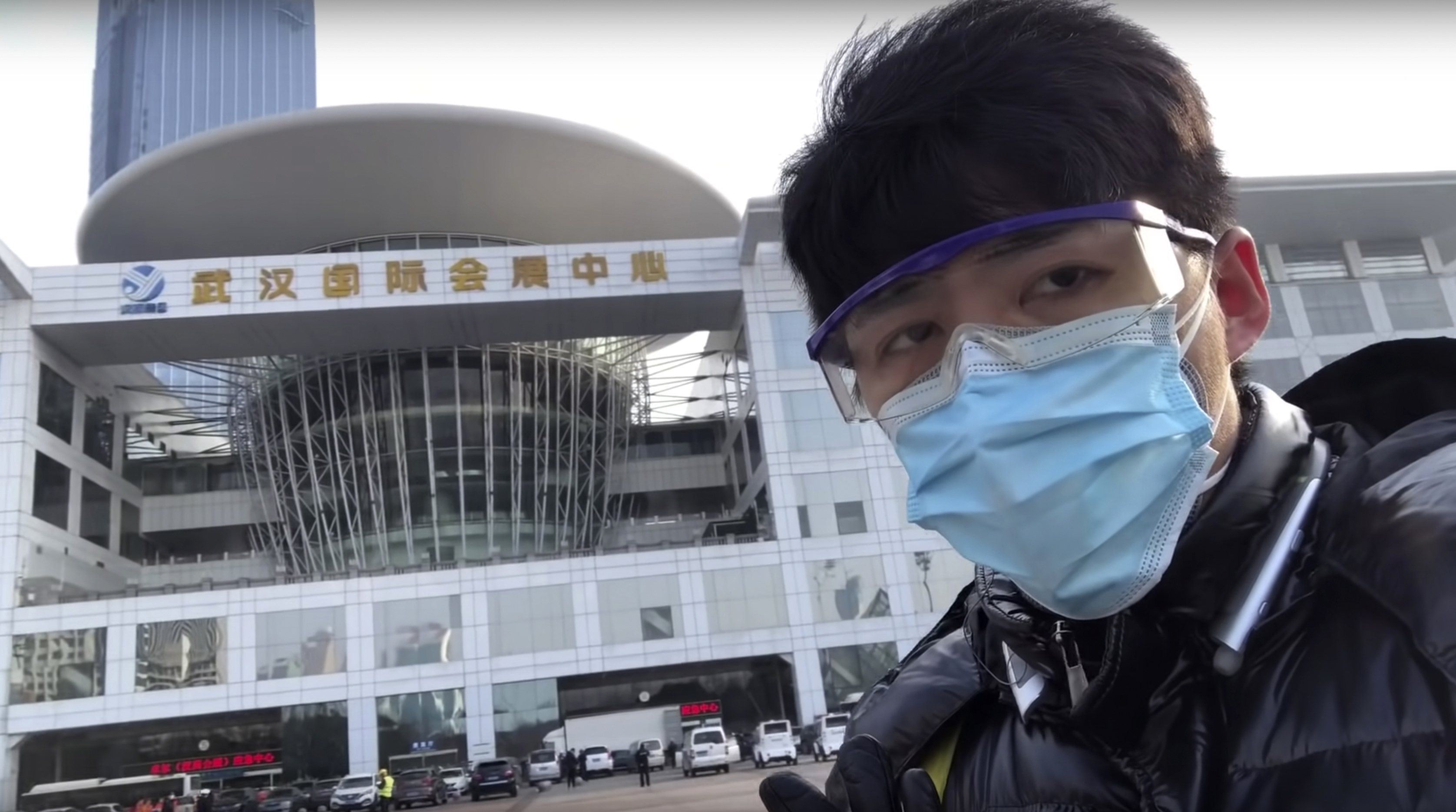 2Qiushi spent around two weeks at the epicentre of the coronavirus outbreak in WuhanCredit: AP

The last time he was heard was when he told his friends he was on his way to record a video from a pop-up Covid hospital in Wuhan.

But the former human rights lawyer has now resurfaced in a YouTube video with martial artist Xu Xiaodong, the Wall Street Journal reports.

During the 30-minute livestream, Qiushi reportedly said: "Over the past year and eight months, I have experienced a lot of things.

In March, Xiaodong posted a video saying Qiushi was back home with his parents – but he was being watched closely by Chinese state security.

Qiushi has also posted on his old Twitter account, which had been counting every day since his disappearance.

Most read in NewsExclusiveTAKING THE FISH Gordon Ramsay slammed for charging £24.50 for fish & ANOTHER £7 for chipsExclusiveLOCKED UP Bouncer who strangled Brit heiress & claimed she died in sex game caged for 18yrsBreakingEVERY PARENT'S NIGHTMARE Child dies at nursery as facility is shut down over ‘concerns’RIPPED APART Horrifying moment Brit loses leg after swimming towards 11ft Great White sharkhaz about that Harry & Meg ‘insufferable’ & ‘world is fed up with preaching’, says TV hostGENIE’S HELL How 'world's most abused child' Genie was subjected to secret experiments

His latest tweet was posted on what would have been day 602 of his disappearance.

It read: "Hello, I am Qiushi! Long time no see! I plan to organise a charity fight competition on New Year's Eve on December 31, 2021. Contact: Douyin quanjishou999."

Douyin is the Chinese name for social media company TikTok, and the Douyin account Qiushi posted about has reportedly already been blocked.

Qiushi spent around two weeks at the epicentre of the coronavirus outbreak in Wuhan, arriving just before the city went into lockdown.

His reports included a number of horrific scenes, including the helpless situation of dying patients in the overstretched hospitals.

At the time of Qiushi's disappearance, a friend had told CNN: "We’re worried for his physical safety but also worried that while he’s missing he might get infected by the virus."

And his worried family, who have access to his Twitter account, wrote in February: "Chinese citizen journalist Chen Quishi has been missing since 7.00pm last night.

"He travelled to Wuhan to report on the coronavirus outbreak.

"His family and friends are deeply worried. Please help to spread the news and support him."

Days before his disappearance, Quishi told his followers: "As long as I am alive, I will speak about what I have seen and what I have heard.

"I am not afraid of dying. Why should I be afraid of you, Communist Party?"

Since the Covid outbreak in Wuhan, a number of whistleblowers have disappeared after sharing information about the virus.

US Congressman Jim Banks has called for an investigation into the disappearance of three citizen journalists in Wuhan.

The doctor who initially raised the alarm and tried to warn the world – Li Wenliang, 34 – tragically contracted the virus from patients he was treating and died.

He was working was working as an ophthalmologist at Wuhan Central Hospital when he raised the alarms to fellow medics on December 30.