EXPERTS are fearing the emergence of a new "avian flu" after thousand of birds were mysteriously found dead having fallen from the sky.

Disturbing pictures show rows of decomposing seabirds along the Arabat Spit beside the Azov Sea in Crimea. 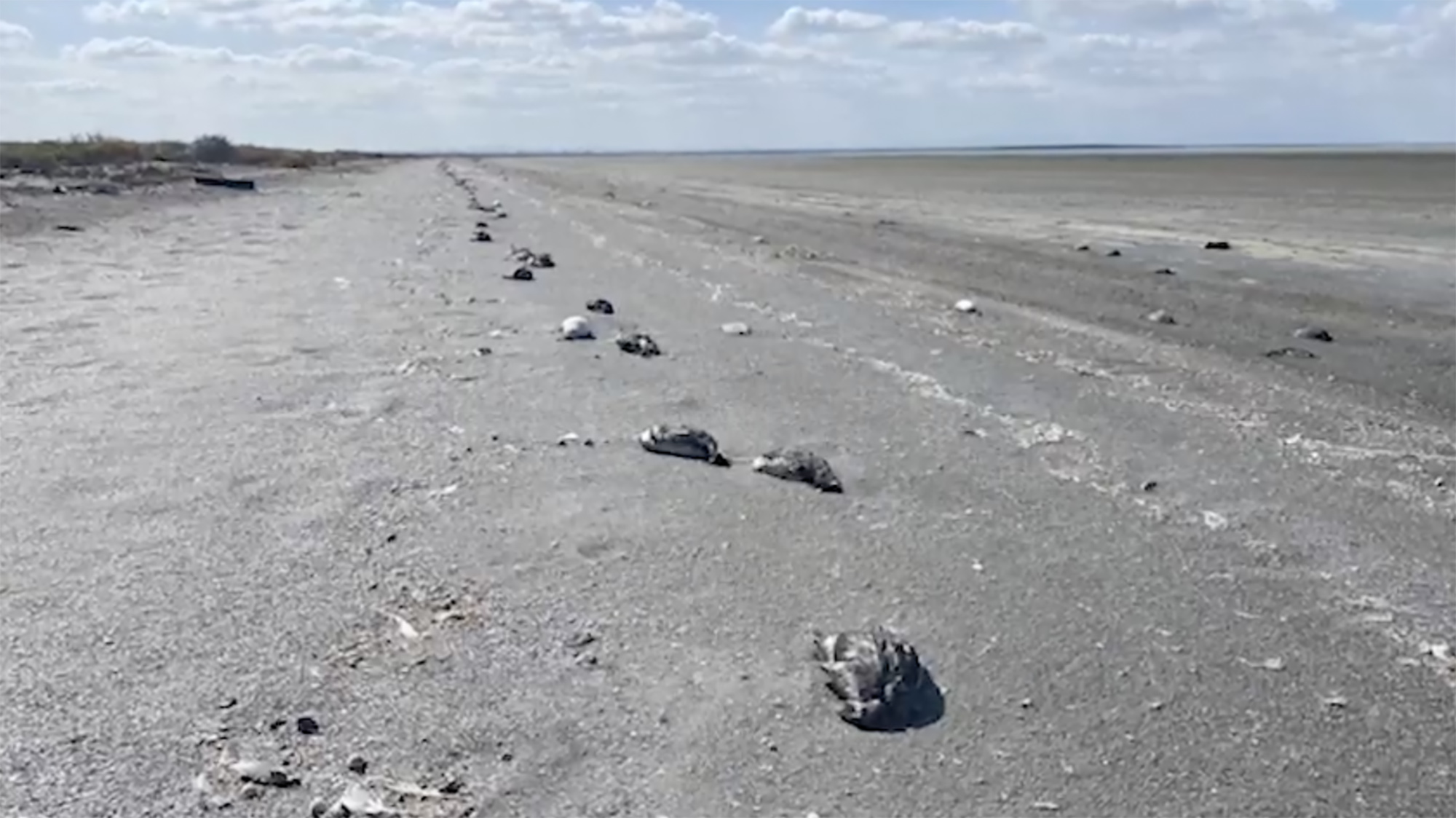 4Thousands of birds were found dead on a beach in CrimeaCredit: East2West 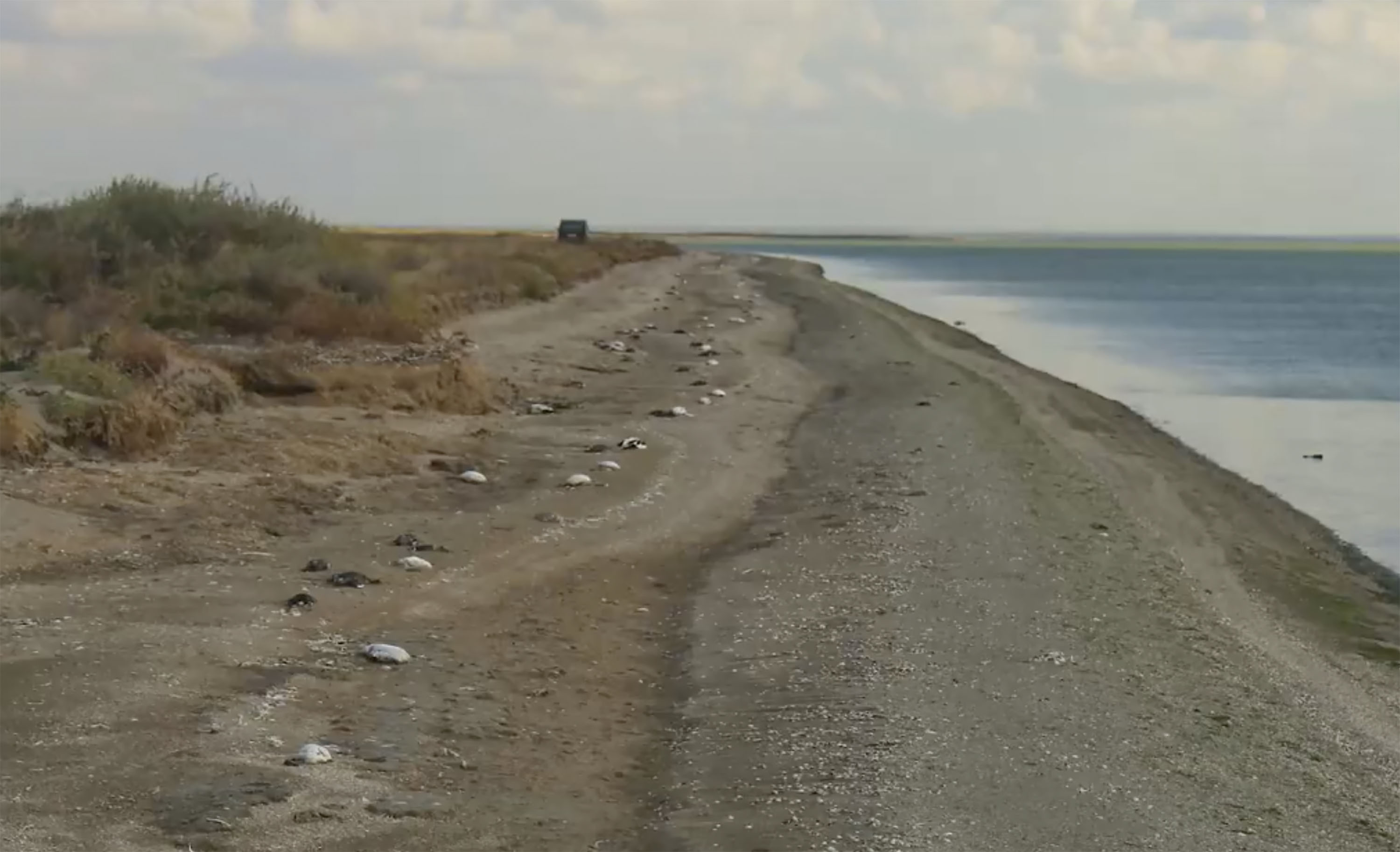 4At least 7,000 seabirds were discoveredCredit: East2West 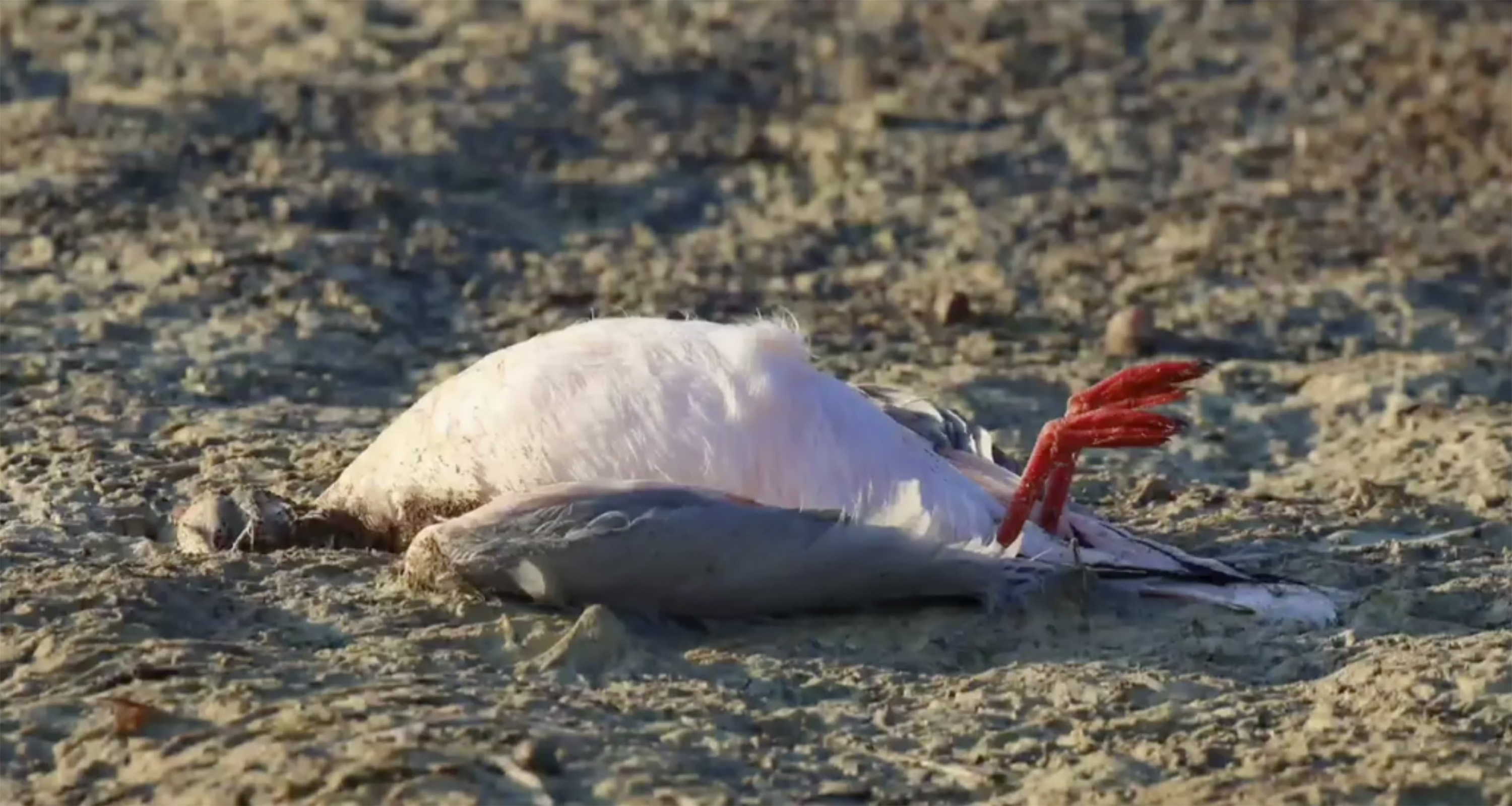 4Scientists believe the cause could be a new type of 'avian flu' or viral infectionCredit: East2West

At least 7,000 black-necked grebes, sea doves and gulls were discovered dead on the beach.

“We have recorded the death of birds in large numbers, several thousands of them,” said academic Grigory Prokopov of the Crimean Federal University, an ecologist.

One harrowing video shows a disorientated bird walking in circles from damage to its nervous system.

Scientists believe a new viral infection could be the cause of mass bird deaths.

“Most likely, this is not poisoning," Mr Prokopov said.

“The behaviour of a bird I managed to observe indicated it was clearly sick and died.

“This is very similar to damage to the central nervous system. Most likely, this is some kind of virus.

“But the final conclusion must be made by veterinarians.”

Although an infectious disease is the most likely the cause, “both poisoning and the ecological situation” could be a factor.

Locals have also suggested that the deaths could be linked to high levels of pollution in the area after reports indicated a high level of mercury in the area.

Specialists from the Federal Centre for Animal Health are now working at the spot and analysis of the dead birds will be carried out.

It added: “An excess of mercury was recorded in this area.”

The authorities in Crimea have not yet commented on the suspected bird flu on Europe's southern flank.

The birds were found dead on the disputed border of the peninsula annexed by Russia from mainland Ukraine.

It comes after hundreds of ravens died after plummeting to earth in front of shocked villagers in Russia.

According to local residents, the village "was strewn with black bird bodies" in Ust-Tarka, Novosibirsk Region.

It's the sort of mass bird death that has previously been dubbed "aflockalypse" when flocks suddenly fall from the sky, reported the Conversation.

Ten years ago there was news that thousands of birds had fallen out of the sky in Arkansas, and 100,000 drum fish were found dead in a river nearby.

Soon the media began reporting more incidents all over the world: turtledoves dying en masse in Italy, jackdaws in Sweden, dead crabs on the coast of Kent, millions of spot fish in Maryland’s Chesapeake Bay and huge numbers of dead sardines near Los Angeles.

Bloggers offered a wide array of responses to these disturbing events, with some suggesting the scenes "were like the apocalypse".

Secret government experiments, the shifting magnetic pole, or strange diseases caused by the toxic effects of human activities were listed as possible causes, the report added.

In Ust-Tarksk the dead ravens might have been poisoned, suggested reports.

Ornithologist Alexei Yanovsky told NSK that if they were poisoned, they could have ingested pesticides.

He said: "For example, in landfills where rats or vole mice were poisoned.

"Or [the birds] could be poisoned by mouldy grain waste. It is also possible that the rooks were poisoned on purpose." 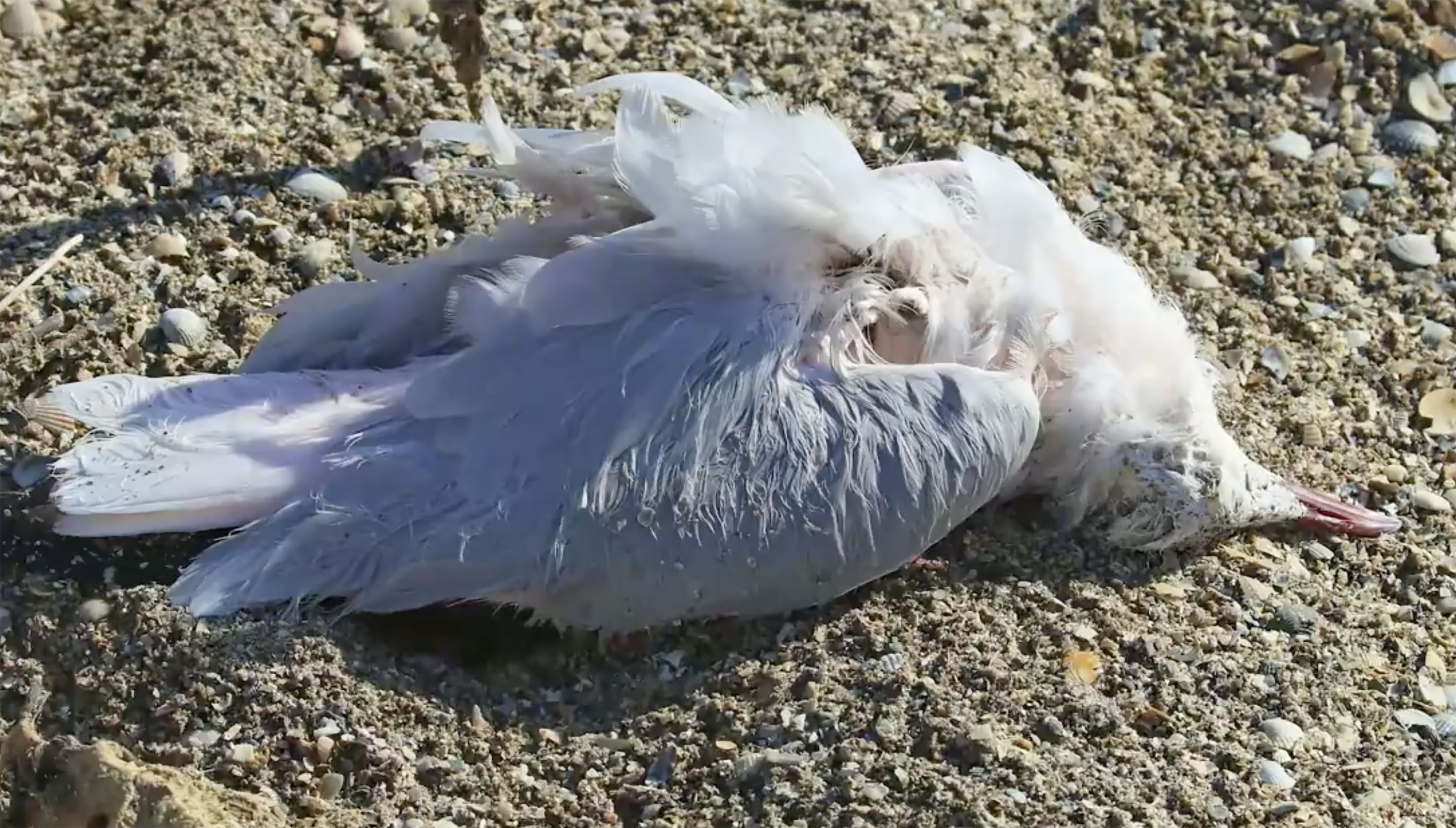 4High levels of mercury in the area could have also caused the mass bird deathsCredit: East2West
We pay for your stories!