FRESH eruptions from the La Palma volcano have sent rivers of lava heading towards the sea, sparking fears of toxic gasses.

Two new vents in the earth have been blown open by the Cumbre Vieja volcano with thousands of residents told to stay indoors as the air quality gets worse. 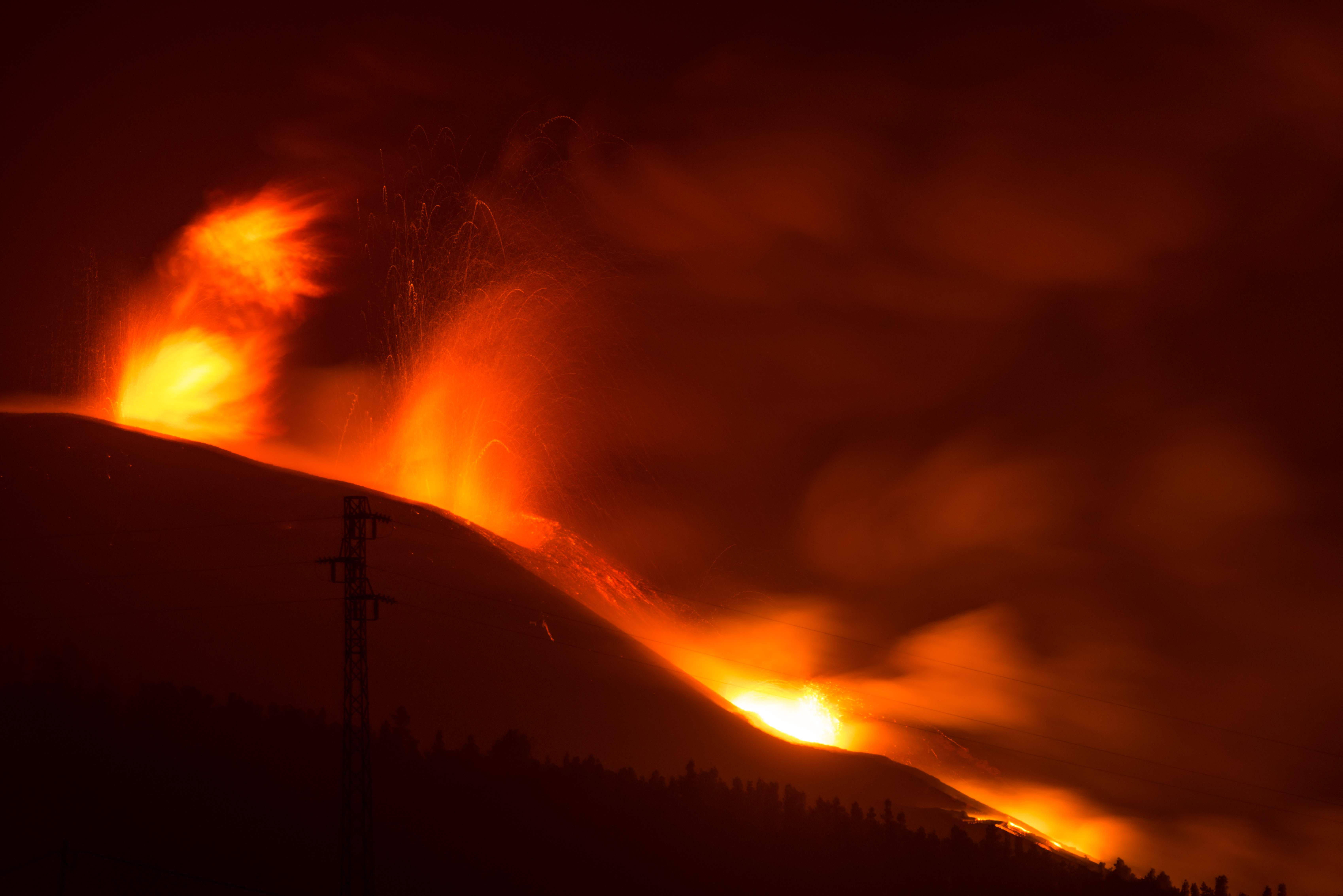 5Molten lava spewing out of the volcanoCredit: AFP 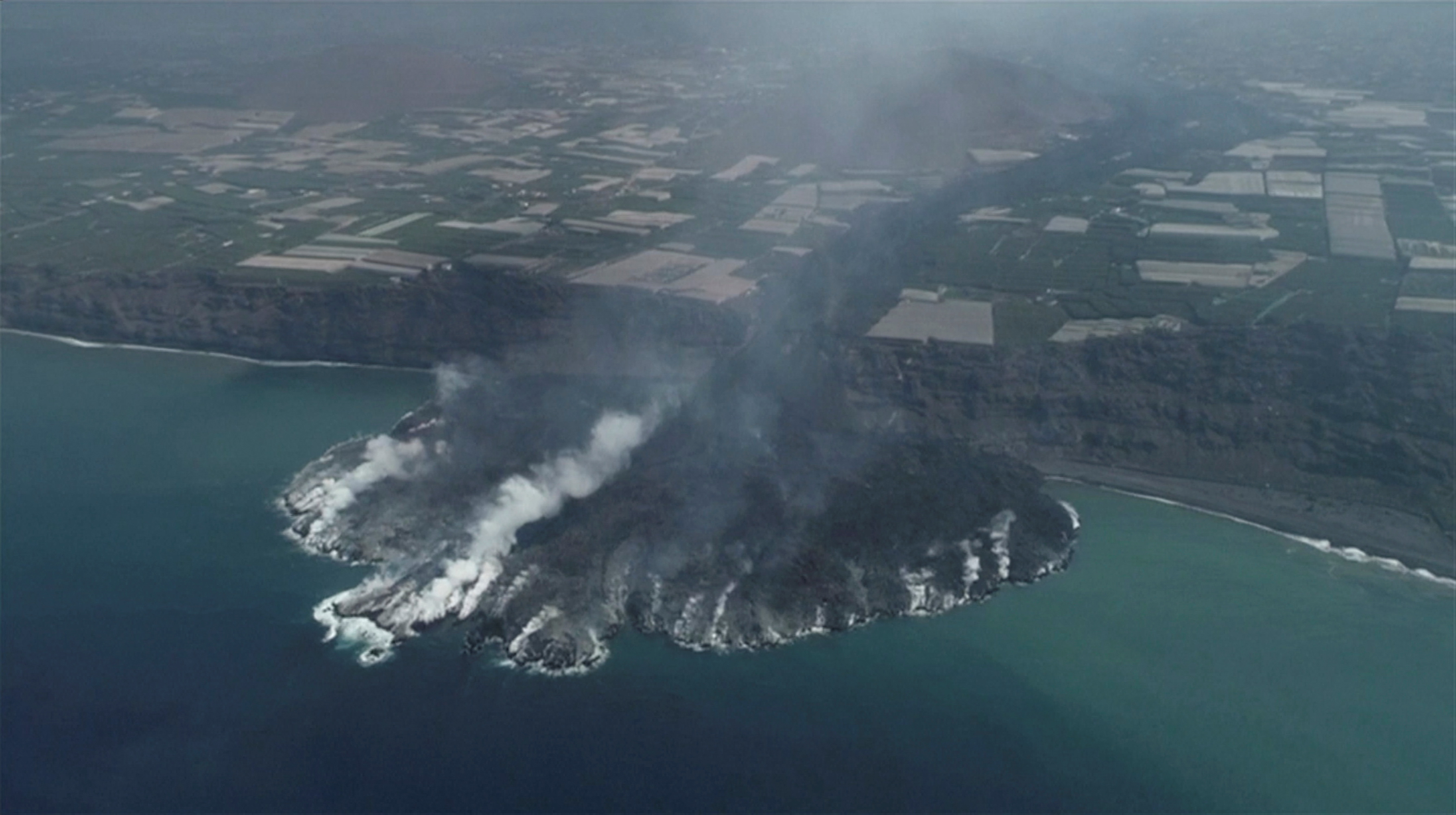 5The lava has been streaming down towards the seaCredit: Reuters

The lava from the eruption 10 days ago has formed a pyramid shape more than 150ft high in the sea and generated intense clouds of black and white smoke.

"The new lockdown is as a consequence of the meteorological conditions that prevent the dispersion of gases and keep them at low levels of the atmosphere," emergency services said in a statement.

They said the lockdown would affect around 3,500 people.

When lava comes into contact with the ocean, it produces a gas plume known as laze – lava and haze – through a series of chemical reactions as it boils the colder sea water.

Laze can cause eye, lung and skin irritation but should not be a problem if residents keep their distance.

"Obviously, it's not good to breathe in."

Scientists recorded eight new small earthquakes at the site overnight as dramatic pictures showed the night sky lit up by flames from the volcano.

About 6,000 people have been evacuated from their homes since the Cumbre Vieja volcano began erupting on September 19.

More than 800 buildings have been destroyed on the island, which has a population of about 83,000.

The devastation has been vast as the lava scorched a massive furrow towards the sea, hitting the island’s banana industry and causing 400 million euros worth of damage.

No deaths or serious injuries have been reported from the island's first eruption in 50 years, thanks to prompt evacuations in the first hours after the earth cracked open. 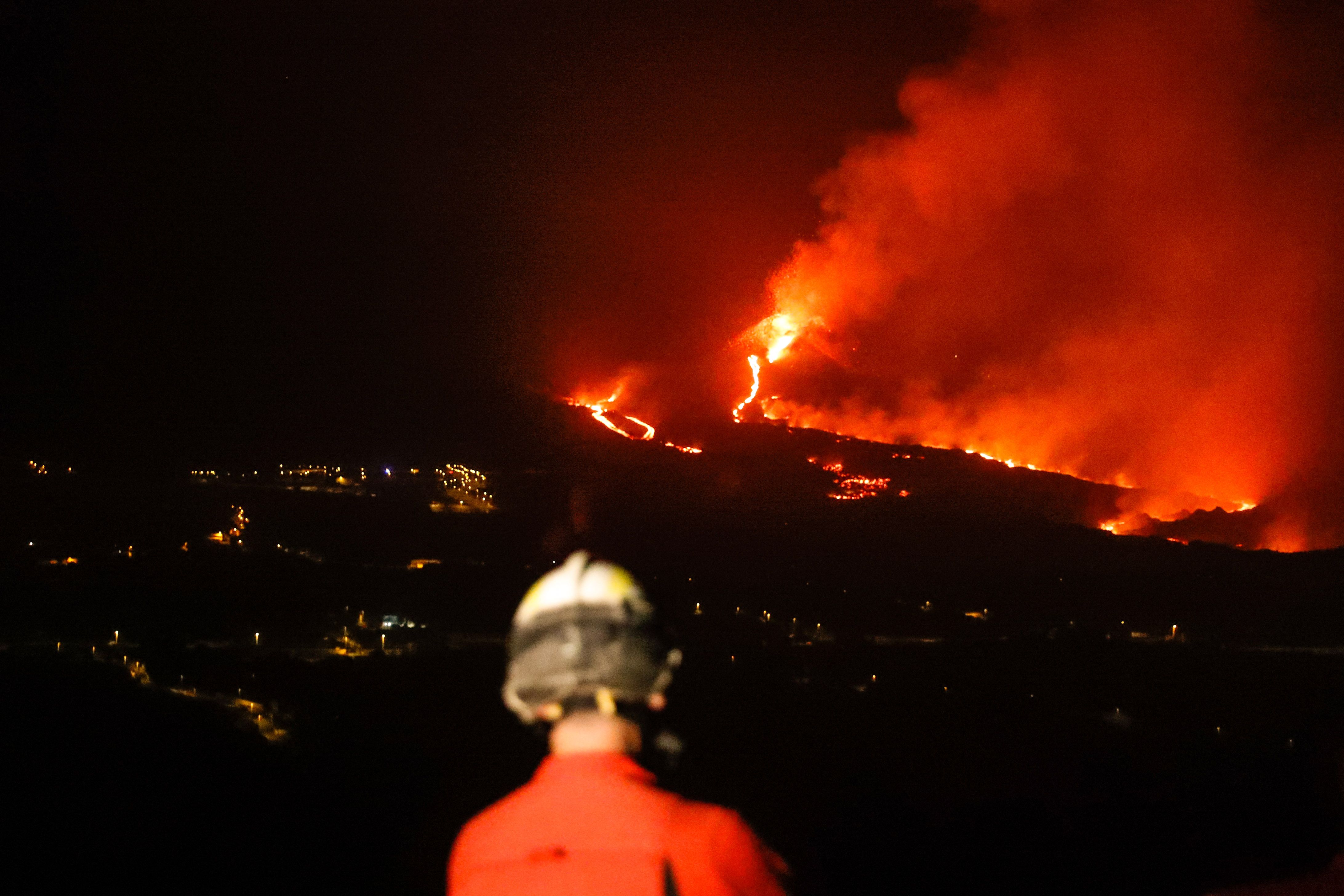 5Rescue workers watch on as the volcano continues to eruptCredit: AFP 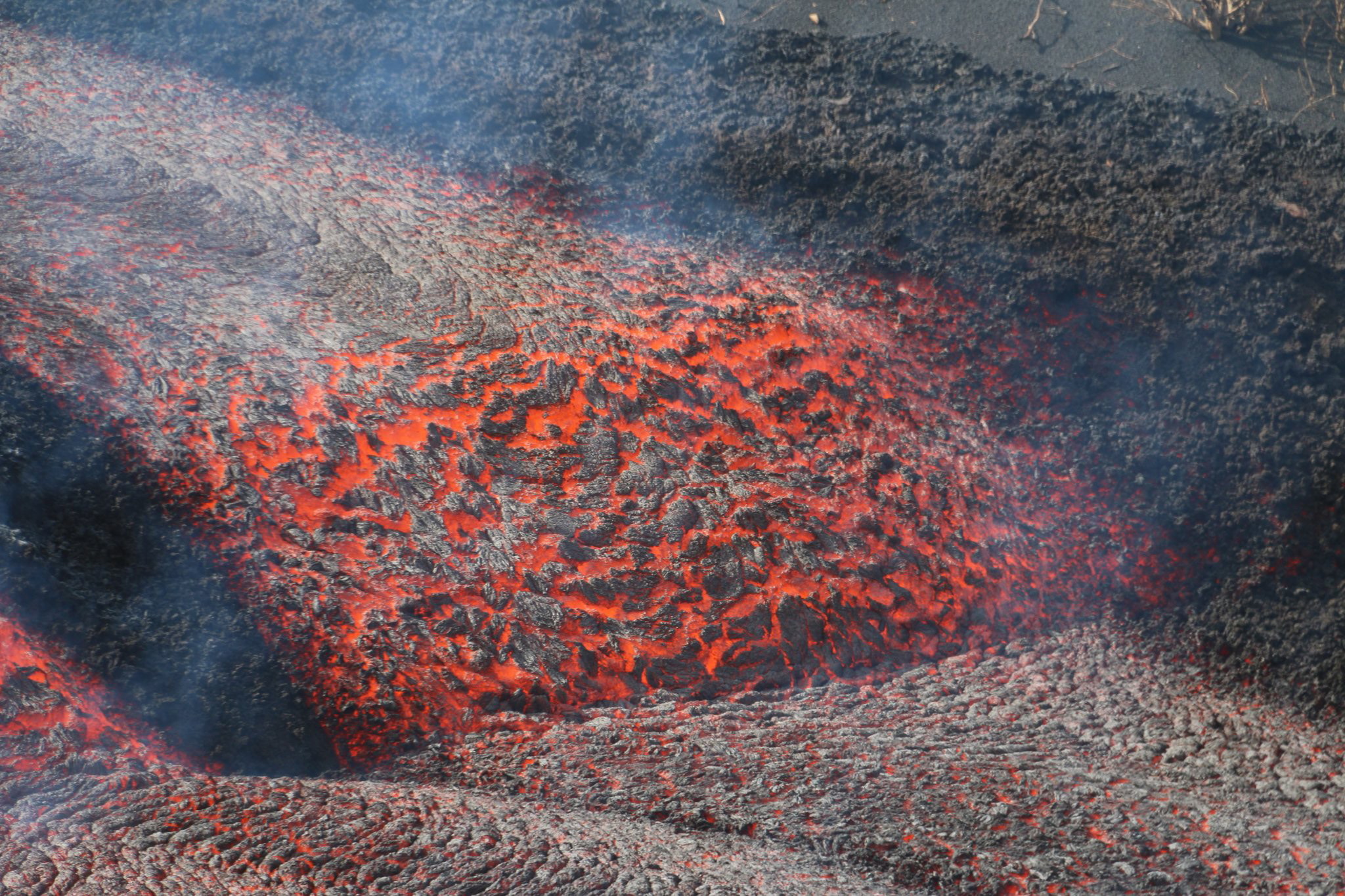 5Molten lava carving a path in the earthCredit: EPA 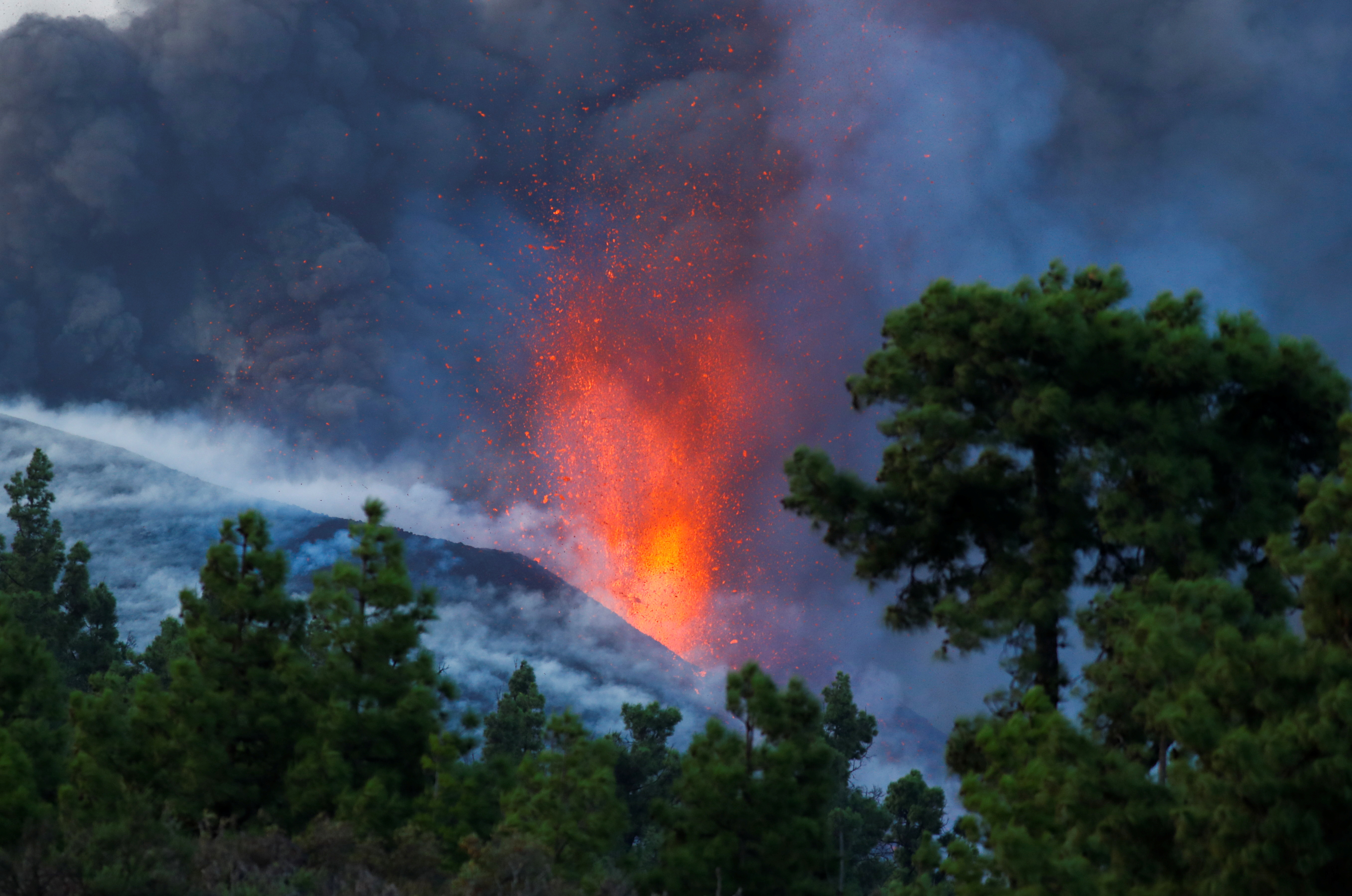 5The volcano has been erupting for nearly two weeksCredit: Reuters
We pay for your stories!